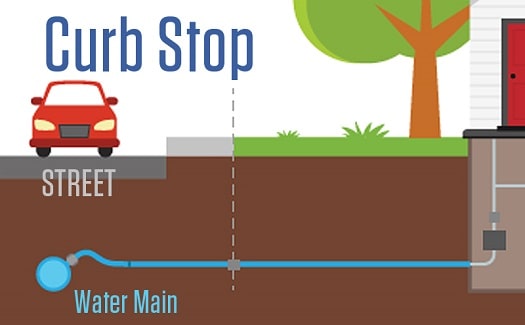 How to find a hole or curb

One fisherman does not have time to react to bites, pulling out prey sparkling with scales almost continuously, while others, sitting literally a few meters from Fortune’s favorite, are frankly bored. Losers ask the lucky guy about the bait, and it turns out that he has the same thing on the hook as they do. Common situation? The fact is that a successful fisherman found a curb, which did not guarantee him a good bite by 100%, but significantly increased his chances of a decent catch. Fish simply does not exist in places where there is nothing to eat, so traditionally rich food places are more interesting to her than others. True, sometimes it practically does not bite all over the reservoir, but this can already be attributed to the “meteosensitivity” of the fish.

An effective search for a catching spot is the primary task for a fisherman. As a rule, hungry fish come steadily to their favorite feeding places. Experienced anglers understand this and do not skimp on a small amount of time in search of a good bite – it pays off handsomely. And they begin with a visual inspection of the reservoir and the study of the bottom relief. It is a prerequisite for productive fishing and related enjoyment, and should not be neglected!

The concept of the bottom relief

The bottom of any reservoir is heterogeneous, even if we have an artificially dug pond in front of us. Over time, water makes adjustments to the relief, the bottom silts up, is populated by representatives of aquatic flora and fauna, irregularities and pits appear. It is the inhomogeneous nature of the bottom that determines the fact that in some places it does not bite latently, and in others – only have time to pull out and bait.

What is a bottom pit is clear without explanation. But the amateur fisherman is not the only one alive: traditionally promising places of fishing are the so-called “edge”. Imagine the bottom: first flat, then a sharp drop in depth, then again a table-like surface. Of course, all this is conditional: the bottom is not lined with a ruler. So, these very fractures of the surfaces, the edge itself, are usually called the edges, respectively, of the upper and lower, and the section of the slope between them is a dump. However, there is confusion in practical terminology: often fishermen call the edge either the entire area (two breaks and the slope between them), or only the lower “concave” edge.

Any unevenness of the bottom, a rift, a colony of shells, driftwood can be a favorite place for fish meals. The main thing is not to spare the time to study the bottom relief and identify promising areas in accordance with the fishing method.

Features of the relief of the river

In rivers, the edges are usually more pronounced than in reservoirs with stagnant water: the difference in depth is more noticeable. On an average river, you can find two edges: channel and coastal. The channel is a part of the ditch, which is washed out by the main current, and is located closer to the center. The coastal one is closer to the land line and is most accessible for fishing. In the warm season, the most interesting is the coastal edge, but with a cold snap the fish goes to deeper depths, to the channel.

The drop-off is extremely rarely a straight line with a gradual rise: this is found, perhaps, in artificial canals. Often it has a stepped relief structure, and the greatest number of delicacies accumulates on these improvised shelves – representatives of the peaceful ichthyofauna come here to eat, and predators rush after them. The upper shelves are good for catching small things like grass perch, roach, silver bream, medium fish like more fish, and trophy specimens are usually tabled at the bottom, almost at the deep edge.

In addition, there are “tongues” – areas of shallow water protruding into the depth of the channel, as well as “pockets” – a kind of bends towards the coast. The most promising edges are located along the edges of the tongue and along the perimeter of the pockets – the current brings a lot of “yummy” there.

The main ways to find pits and edges

Many fishermen have been fishing in their favorite waters for years. This option has its advantages: for a long time, you can perfectly study the bottom topography and identify catching spots. But what about the novelty and freshness of the impressions? It is she who pulls fishing fans to explore hitherto unknown reservoirs.

So, you have arrived at a new reservoir or river, we begin to determine the unevenness of the relief. There are several ways to identify promising locations:

Visually and experience… Several decades ago, fishermen were guided mainly by their own experience: thickets of reeds, visually visible drifts, eddies of water flows, signaling the presence of holes and depth differences were considered the most promising. Now this is sometimes not enough: visually promising places are sometimes already occupied by other fishermen, and the desired prey has significantly grown wiser. So if the main goal of a fisherman is not catharsis from communicating with nature and his favorite pastime, but a decent catch, one cannot do without exploring the bottom.

Feeder wiring… In this case, the wiring by the feeder and the load (preferably drop-shaped) are used. The best result is achieved with braided cord. Wiring is carried out smoothly, without sudden jerks. When overcoming the unevenness of the relief, considerable resistance is felt, when wiring along the shell rock – vibration. To determine the boundaries of a promising area, an experienced feeder needs 5-6 leads, after which a mark is made on the line for optimal fastening of the load.

Jigging (“tapping the bottom”)… The main technique is jig (step) wiring. A feeder rod is not affordable for everyone and interests, therefore, for a similar purpose, spinning with a jig bait or a simple pear-shaped sinker is often used. Castings are usually required more than in the study of the relief in the previous case. In this case, stepped wiring and a jig head of a decent mass are used, which is not carried away by the current. It is better to find eyebrows more accurately using the classic “step”: it is carried out exclusively by winding the coil, without moving the blank.

Castings are made strictly in one direction (it is reasonable to choose some landmark on the opposite bank) at the maximum possible distance. After the bait touches the water, the countdown begins (silently or using a stopwatch), which stops when the bottom is touched. Then we raise the bait to the surface with several turns of the coil and stop, repeating the count. Such manipulations are carried out until the wiring becomes impossible. A reduction in the time of the load falling to the bottom indicates a rise in the relief, an increase in the presence of a pit. A gradual increase in depth is typical for a stall, from the bottom to the top edge.

Lot from the boat… This method requires the presence of a floating craft. The main device is an archaic lot, which is a rope or cord with a load of sufficient mass (it should not deviate from the vertical when casting). The length marking is applied to the rope every half-meter. An intersection of the direction is made, and the depths are measured as the boat moves away from the coast. It is convenient to pinpoint the most promising places using the navigator, which is in any smartphone.

Sounder… Progress does not stand still, and the use of various technical means can serve an excellent service to the non-greedy and enterprising angler of any direction. A modern echo sounder allows you to determine not only the bottom topography, but also the places where fish accumulate in order to supply the bait right under its nose. There are wired and wireless models of this device. If you have a watercraft or on winter fishing, you can limit yourself to a wired model – with other similar parameters, they are cheaper.

Wireless echo sounders, for the most part, consist of a transducer and a device itself. The sensor is fixed on the line, thrown into the water and scans the surrounding area at a fairly decent distance. The picture is sent either to the monitor of the device (compact echo sounders are attached to the form or represent an imitation of a wristwatch), or to the angler’s smartphone, where the scanned data are processed using a special program.

After you have found the curb, the complementary feeding stage follows. Experienced feeders use special feeders for this, opening up and throwing out the contents when hitting the water (“rockets”). You can also use conventional models, having previously filled them with crumbly food. Particularly advanced anglers deliver lure to the fishing spot using radio-controlled models of boats. They are not cheap, but they greatly simplify the task. What can’t you do for a good catch!

How to adjust the drag on the reel
How the direction and strength of the wind affects the nibble of fish
How to determine the bottom topography
Tags: curb, find, Hole