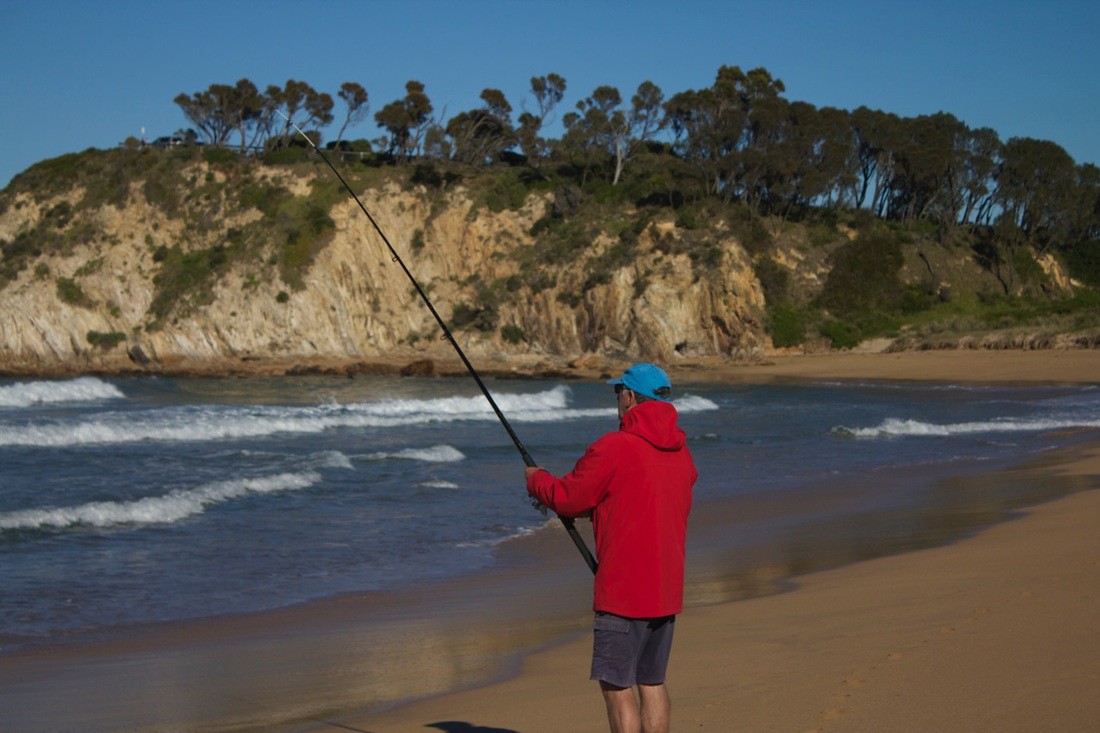 How to choose a fishing spot

Finding a promising fishing location is always the number one task for a fisherman. Of course, during the period of active zhora, fish takes almost everywhere, and does not pick and choose about bait, but such happy hours rarely fall. More often, the angler must correctly choose a place for fishing, equip it, feed the fish, and only then proceed to the direct process.

If you are accustomed to fishing in the same reservoir, the task is simplified: you probably have a couple of promising spots in stock. On an unfamiliar river or lake, everything is more complicated: here you should rely on your own experience, advice from local fishermen and general recommendations set out on specialized resources. This option is not for the lazy: sometimes you have to carefully study the bottom topography, change gear and use a variety of baits to achieve the desired result.

Choice of places for fishing on rivers

Finding catching spots on rivers is a simpler task than the same process in bodies of stagnant water. The fact is that the fish gathers for feeding mainly where the bottom relief is heterogeneous, and the current changes its speed and / or direction. An experienced fishing eye distinguishes nuances by the nature of the current, the structure of the banks and even the color of the water.

Promising places to look for:

Perspective places on lakes, ponds, reservoirs are located approximately the same as on rivers, but there is one significant “but” – it is much more difficult to visually identify them. There are several ways to help you find the best fishing spot in stagnant water.

Small fluctuations in water level are a common occurrence in the life of any river or body of water. The fish gets used to it, reacts little to minor changes, does not change its favorite habitat, therefore, the actions of the fisherman do not need to be corrected.

With a sharp rise in the water level, for example, after a spring flood, fish usually leave their habitual habitat and feeding areas, which means that there may not be biting in visually attractive fishing spots. At the same time, it can peck well in spills – there natural self-assembled tablecloths open up for fish.

The fish reacts much more nervously to a sharp drop in the water level due to weather conditions (very hot and dry summers) or due to human intervention (for example, opening / closing a dam). During these periods, the biting is usually unstable, it takes mostly trifles, since large fish go to the lower reaches of the rivers, leaving the usual, but crumbling habitat zones. In reservoirs with stagnant water, fish are displaced into pits.

Influence of weather conditions on the catchability of places

Weather conditions have a tremendous impact on the bite, and everything is important: air and water temperature, wind direction, atmospheric pressure, light level, and so on. It has long been known that on the eve of a rainstorm and a thunderstorm, the bite is activated, and after the onset of a calm, it weakens until it stops completely. It happens that the fish stops biting for some inexplicable reason, but this does not mean that promising places should be ignored: the chances of catching are still much higher.

Representatives of the carp family, from crucian carp to bream, are well caught near the coast, provided there is wind blowing from the reservoir. The rising waves raise from the depth and carry to the shore small representatives of the aquatic fauna, which serve as the main natural food for carp, and the fish rushes after them.

When fishing for a predator, you should position yourself so that the hunting zone of the fish is illuminated by the sun, that is, facing it. In other words, the sun should shine in the direction from the tail to the head of the predator, which should be taken into account when carrying out postings.

In hot weather the fish prefers to go to considerable depths and look for shaded areas, which often makes it difficult to fish with a float rod. In light of this, it is recommended that you either use a boat and rod with a very long line, or try your luck in the shade of bushes and trees hanging over the water. Quite promising are the places where cold springs gush from the bottom, as well as near the mouths of rivers flowing into reservoirs with stagnant water. The best option in any case is bottom gear.

In the evening and at night Shallows become promising places for fishing: there the water cools down and is saturated with life-giving oxygen much faster. By the morning the fish swims to the coastal shoals for feeding, so at dawn it is possible to effectively fish there, at minimum depths.

Choosing a promising location in winter

Winter fishing is fundamentally different from summer fishing, especially when it comes to the classics of the genre – ice fishing. On the one hand, there is no need for a floating craft: in the presence of strong ice, the entire area of ​​the reservoir becomes accessible. On the other hand, most freshwater inhabitants are less active in winter, so it is problematic to attract fish from afar – with the exception of periods of thaws and sunny weather, it is sluggish and lazy in the wilderness.

The first rule: it is better to evaluate promising locations in the summer, when the study of the bottom is not complicated by anything. In open water, it is easier to determine the boundaries of pits and dumps, places with a variable nature of the current, the presence of snag, driftwood, and all kinds of bottom anomalies. Fish does not ignore these places even in winter.

At the beginning of winter, near-coast thickets are promising: many tasty crustaceans, molluscs and larvae accumulate there. However, with the onset of deafness and thickening of the ice cover, places promising for fishing move away from the coast: the vegetation begins to rot, emitting carbon dioxide and decomposition products, as a result of which the oxygen content in the water is minimized. At this time, fish should be looked for in deeper areas, although it sometimes rises to the upper horizons of the water.

Experienced anglers drill 3-5 holes at once at a distance of a meter or two from each other, explore the depths and fish them in turn. If there are no bites for an hour, most likely nothing will sit here, and you should drill in a new square.

Locations near all kinds of obstacles, in particular, fallen trees and hydraulic structures, are very promising. It is worth paying attention to the gullies formed as a result of changes in the direction and strength of the current, however, the ice is not strong there, so to assess its strength it is better to get an ice cube. On small rivers, it is worth focusing on areas along the steep coast: the maximum depths should be sought there.

By the way, on a popular reservoir, promising areas of ice resemble cheese: they are literally dotted with holes, so you practically don’t have to work with an ice drill. But the ideal way to accurately select a good fishing spot is to use an echo sounder. For winter fishing, inexpensive wired models are also suitable, which will give a complete picture of the relief and indicate the locations of the fish.

There are no universal recommendations in fishing, and there cannot be: in every body of water and river the fish behaves in its own way, sometimes – unpredictably from a human point of view. However, the tips given in this article are based on real experience of anglers, therefore, they will certainly not be superfluous for beginners. However, experienced fishermen can also learn something new – knowledge is not superfluous!

How to quickly remove scales from bleak and gut
How to plant live bait - bleak to keep it alive
How to determine the bottom topography
Tags: choose, fishing, spot