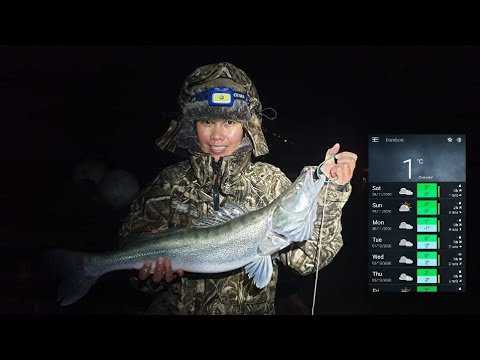 The perch is very voracious and ubiquitous. In our country, it is found everywhere in rivers, lakes, stagnant ponds and quarries – wherever there is fresh and clean water. It is found even in brackish and some mountain lakes. What the perch does not tolerate is absolutely musty rates, with a very poor oxygen regime, as well as water bodies freezing to the bottom. Unlike many fish, which in winter become numb or lead a sedentary lifestyle, perch to a greater or lesser extent is often caught almost all year round. It is perch catches that are often very catchy in winter, delighting anglers with excellent trophies and a good winter mood from successful fishing.

Perch grows (in comparison with other predatory fish) rather slowly. In large bodies of water, perch is larger than in small ones. It forms two forms: shallow, coastal (fishermen call it “sailor”) and large – deep. Small perches grow slowly, reaching 30-40 g in weight in the third year of life. They lead a gregarious lifestyle, stay near the coast in thickets, feed on zooplankton, insect larvae and fry of other fish. There are water bodies in which an eight-year-old perch does not exceed 100 g, while in water bodies with more favorable living conditions during the same period, the perch grows faster and often exceeds 700 g. The deep perch grows faster than the herbaceous, its weight reaches 2 kg , and in some reservoirs it exceeds 3 kg. Until the age of two, the perch feeds on zooplankton, small crustaceans, bloodworms and other larvae that inhabit the reservoir. From the age of three, or when its body reaches 4 cm, it becomes a predator. The main food of the grown perch is fish juveniles, medium and large perch also feeds on molting crayfish, frogs, leeches, caddis flies and other living organisms inhabiting the reservoir.

Perch is a lover of calm waters. Therefore, he lives in lakes, reservoirs, ponds and quarries. In rivers, it is found in places with a quiet current, in bays and pools. In reservoirs, perch should be looked for in snagged places, in a stump zone, in bays near aquatic vegetation, on the slopes of flooded rivers and in places where the bottom is uneven. In lakes it is found near snags. Stone ridges are also a favorite place for perches. In thickets of aquatic vegetation, as well as in areas with uneven bottom, you can find small and medium-sized perches. In lakes, there are places where the perch is constantly and leaves them only in winter due to poor oxygen conditions.

In reservoirs where water is discharged through dams, perch often change habitats. This is due to the fact that when water is discharged, the mass of plankton and zooplankton moves with the water, followed by fish fry, and after fry and perch. Since large areas of shallow water are drained during the spillway, the perch goes into deeper parts of the reservoir. Knowledge of the reservoir, the topography of its bottom and other features is of great importance in finding sites for perch. To this it should be added that where perch is well caught in summer, it is not always possible to find it in winter. Deep-seated large specimens swim separately, but sometimes they are grouped in twos, threes, they like to stand at the bottom and adhere to snagged pits and whirlpools. Here you need to look for them.

At the end of autumn, perch gathers in large flocks of the same age and go to winter in deep places in their usual encampments. In winter, the perch almost does not change its favorite habitats, but by spring, with the onset of warm days, it comes to the banks closer to the grass or to the mouth of a river that carries fresh water to the lake. Perches can be found under the steep banks, especially in places where trees or bushes have sunk. Perch also keeps at the border of grasses and reeds, likes to go to river mouths where fish fry gather. Can form quite large flocks that terrorize all living things around

Unfavorable conditions can force perches to migrate. In winter, in reservoirs with a changing water level, as it decreases, the perch moves to deeper places, and the favorite routes of movement are the channels of flooded rivers, streams, the edge of ravines and hollows. From reservoirs with an unfavorable oxygen regime, it goes into rivers, rises along them to fresh water. At the same time, it is grouped in whirlpools and places with an even weak current. The rivers flowing from wetlands and lakes with a poor oxygen regime, the perch leaves soon after freeze-up and goes into reservoirs with fresh water. In closed ponds and lakes with poor oxygen conditions in the middle of winter, perch leaves a silty pound to a sandy-pebble one. Where there are no such places, it rises from the bottom layer 1-1.5 m higher and does not sink to the bottom until the appearance of thawed spring waters.

Winter fishing for perch is very interesting and has its own characteristics. The most favorable period is first ice, about 15-20 days after the freezing of the reservoir. If the ice is transparent, look for perch at a depth of at least 3 m. Sometimes it happens that transparent ice alternates with opaque ice. In such an environment, look for perches under opaque ice. If the ice is covered with snow, you can search for perch at shallow depths. In relatively even winter weather, a perch flock is observed to emerge onto small sandy shoals with sparse wilted vegetation. Small and medium-sized perch comes out here, while the large one prefers to stay close to deep places and comes to shallow only occasionally. In the middle of winter, when there is little oxygen in the reservoirs, and the life of underwater inhabitants freezes, the perch loses activity and moves little, its bite weakens. At the end of winter, there is a noticeable revival. At this time, the perch moves to the shore, and its nibble is activated. It takes well on windless days with a slight frost.

Upon arrival at the reservoir, the angler faces the question: “Where to fish” The reservoir is large, and the winter day is short. Sometimes the perch starts to take in the first hole, and sometimes you spend half a day until you find it. If you have to fish in an unfamiliar body of water, you need to be guided by local fishermen or by visitors who fished here the day before. If there are no anglers, you can navigate by the old holes: where there are many old holes, fish were usually caught there. In order to determine if there is a perch in a given place, it is enough to cut one or two holes in one place. In the absence of a bite, it is not recommended to sit over the hole for a long time. We must continue to search for the perch in another place. The choice of tactics for catching perch depends on many factors: the characteristics of the reservoir, season, time of day, etc. The basis for success is the combination of different fishing options, frequent changes in location, equipment and even the use of baits and baits.

The fishing line for winter perch fishing is chosen according to the following principle: the smallest diameter with the maximum breaking strength. The main calibrated line is better than the “wavy” line – it builds up with ice more slowly and walks easier in the guide ring. In practice, fishing lines with a diameter of 0.12-0.20 mm are used. Dyed fishing lines are more often used: green, yellow, brown, golden, but at the same time, many anglers successfully use ordinary transparent fishing line. It is believed that brown dyed fishing line is preferable for catching large bottom perch, and green line for small grass. You can color the fishing line in a pleasant golden brown color by boiling it in strong tea. At the same time, the line acquires additional softness and elasticity.