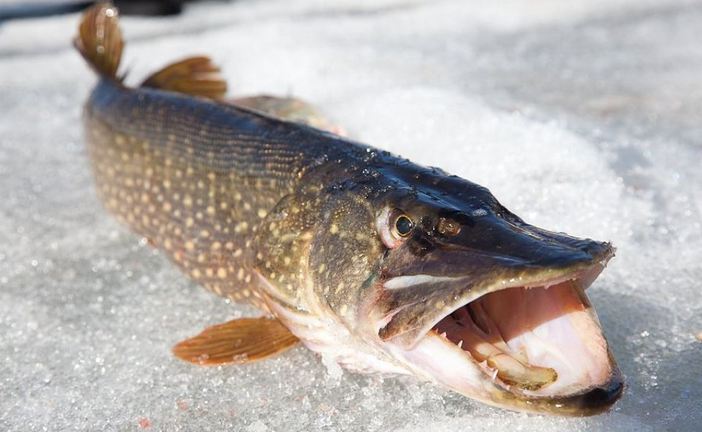 Usually in the fishing literature they write a lot about catching bream, but there are not so many pages devoted to silver bream. And there are reasons for that. Firstly, many of our fishermen often confuse silver bream with breeder. And secondly, there is a widespread prejudice that this fish is significantly inferior in taste to bream. Among the silver bream, there are also hybrids. But why do fishermen most often mistake her for a scourge? At first glance, they are really very similar, but if you look closely, it is easy to notice that the silver bream has its own characteristic features. In the dorsal fin, it has fewer rays, the scales are larger, the color is silvery. Unpaired fins are gray, pectoral and ventral fins are reddish. The silver bream has a relatively small semi-lower mouth, a blunt nose, large, silvery eyes (in bream with a slight orange tint). The silver bream grows slowly compared to other carp. However, its size and fatness largely depend on the food supply of the reservoir. As a rule, there are individuals up to 35 cm long and weighing up to 400 g, but in the waters rich in forage, the silver bream reaches a weight of up to 1 kg or more. Leads predominantly a gregarious lifestyle.

On the reservoirs of the Moscow region

On such reservoirs as Istra, Mozhaisk, Ruz and some others, the current is either weak or absent. Flocks of silver bream here take a fancy to deep pits with a clay or silty bottom. True, I should note that along the first and last ice, the silver bream often goes to coastal shoals, where the depth is no more than 1-1.5 m. In most cases, on the reservoirs near Moscow, the silver bream can be caught both with a float rod and a nodding rod. The float rod is equipped according to the bream principle: the float is loaded in such a way that the sinker pulls it to the bottom as slowly as possible. Often I achieved good results when I put a short leash with a hook above the sinker (about 10-15 cm). As we have already said, the silver bream has a semi-lower mouth, so its bite does not always look like a bream. She can take bait both from the bottom and on the fall. When biting, she first tugs, and then slightly melts or raises the float.

When fishing with nod tackle, you should not get carried away with the large size of the jig. The smaller the bait, the more often the bites and the more effective the sweep. At the same time, do not forget that it is easier to catch the thickener, carrying out the wiring from top to bottom, and not vice versa. For this purpose, having lowered the bait to the bottom, I raise it about a meter and start the game. The oscillation frequency of the bait depends on the activity of the fish, but usually it is smooth swaying with an amplitude of 5-10 cm. Having reached the bottom, in the absence of a bite, I repeat the wiring. After several unsuccessful trips, I recommend checking other water horizons. Sometimes the silver bream perfectly takes half water. The bite of the silver bream is very peculiar. Taking a nozzle in her mouth, she kind of knocks on the line. After a few sharp and frequent bends, the nod rises up or bends down – the most appropriate moment to strike. For many years of catching silver bream, I noticed that in winter she prefers teardrop-shaped jigs with a yellow shell. I use the same baits as when fishing for bream.

On the Volga reservoirs

Somehow my friend and I accidentally got on a magnificent bite of silver bream weighing from half a kilogram to a kilogram. It was at the end of March at the outlet of the Pechukhnya river (Uglich reservoir). Having fanned out the girders for the pike, we decided to take care of the live bait. But it was far from the shore to follow them, and I decided to catch the “deep” ruffs. However, even the heaviest jig was carried by the current, and the float was pulled into the hole. Then I reeled the fishing line on the reel of the fishing rod, cut off the jig, put the hardest nod from the metal plate. Now it was up to the bottom of the rig. Instead of a jig at the end of the line, I fixed a rather heavy lead-olive, and tied a 25-centimeter leash a little higher than it. I put the hook number 12.

Having made a couple of bloodworms, I put the bait into the hole. After the sinker reached the bottom, fixed the nod in working order. Less than a couple of minutes later, he bent down in a low bow. I strike – and I feel a pleasant weight. After a few moments on ice, an excellent brewer. A friend came up and also began to tinker with a similar tackle. That day, going from hole to hole, without bait, the two of us caught about ten kilograms of selected silver bream. On the Volga reservoirs and on the Volga itself, more than once I had to catch silver bream on the so-called “navels”, where the depth is 1.5-3 m and a fairly strong current. And in these cases, the rig with the end lead and the lead worked flawlessly. Only instead of olives, I later put spherical and other sinkers with ears, attaching them through swivels with carabiners. The carabiner, by the way, allows you to replace the sinkers in a matter of seconds, adjusting their weight to the strength of the current. Quite often bites happen more often when the bait “furrows” the bottom, raising the dregs. When fishing for large silver bream, you will need a transparent monofilament with a diameter of 0.14-0.15 mm, a leash with a thickness of 0.12-0.13 mm and a hook No. 14-10 of the “crystal” type of light or golden color.