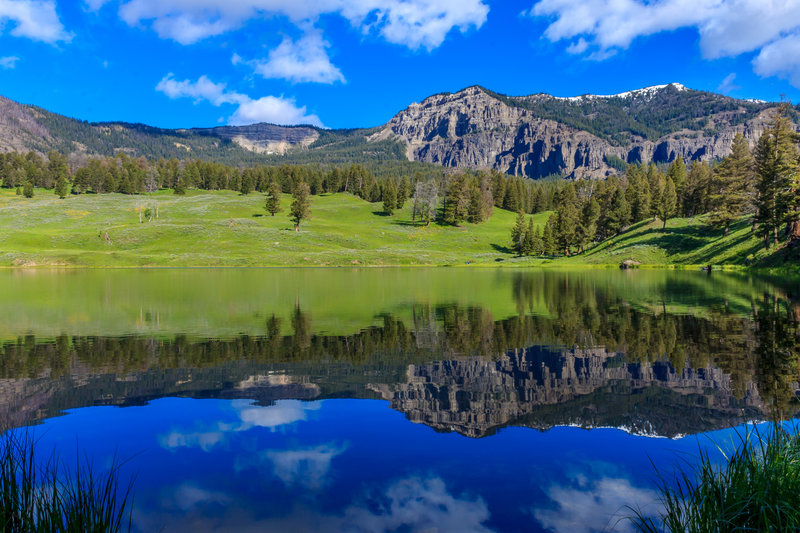 Fishing for trout on small mountain streams is a special pleasure. Not because you don’t have to stare at the float for hours or throw a spinning rod until the shoulder is dislocated. And this is also, of course, but the main thing is that the process becomes something between fishing and an exciting hike. You are always on the move, in search. Unbeknownst to yourself, you can wind 10-12 kilometers in a day, and even fatigue after such a fishing will bring you peace and satisfaction. There are enough small rivers in North Ossetia, the width of which does not exceed 10-15 meters, and the depth is such that you do not need wading boots. From the capital of the Republic of Vladikavkaz to any of them is within easy reach – only a few tens of kilometers.

On the eve, I choose a route: Mairamadag, Suadag, Ursdon … I dwell on the Kodakhdzhyn version (translated from Ossetian – a place where there are many stumps). This is the name of a village with about a hundred yards, through which the river of the same name flows. It is convenient because it winds heavily, which means that the way back, if you move not along the channel, but in a straight line, will take little time. I leave after dark. It is necessary to have time to acquire fry and get ahead of competing fishermen, so as not to trail later in someone’s footsteps. There is actually not much time: as soon as the sun shines on the river, the biting will stop. We’ll have to get out the “brake” and wait until the luminary again disappears behind the rocks and treetops.

One wiring of the scummer on the roll under the bridge – and about fifty scaly toddlers are sent to a pre-prepared plastic cup with a lid. I slightly sprinkle the fry with the leaves of a young fern. They say they contain some kind of substance that helps keep the fish longer. Local aces’ advice on trout fishing is like a religion. You may not believe in them, but the rituals must be observed. Then, when the first serious fish appears in the pouch, I will also cover it with fern leaves. And she will definitely appear: the May thunderstorms died down, the water in the river is a little cloudy – and this is the first harbinger of good fishing. I drive through the whole village, I leave the car at the last house. Everything, further on foot. Nothing superfluous: spare tackle can easily fit into the pockets of a jacket, a glass with fry around the neck, a bag for fish on the shoulder, a fishing rod in hand. Forward!

There is a misty haze over the water, the air is “clean and fresh, like a kiss of a child”, the river invitingly makes noise and beckons, but I try not to pay attention to it. I know: you need to walk three kilometers and the most catchy places will begin there. While I’m walking, I’ll tell you about the tackle. The rod is a standard telescope 4.5-5.0 meters. The line is very short – 1.2-1.4 meters. The section is generally thinner, the better, but you need to take into account possible hooks. Therefore – 0.2 mm. Long shank hook, black. Practice shows that for some reason it takes better on black. The local trout ignore the red and white hooks for reasons only known to them. The funny thing is, if you fish not with fry, but with a worm or amphipod (local fishermen call it “booger” or “kaziva” with an emphasis on the last syllable, in summer and autumn it can be picked up under stones on the rifts), then the upper part of the forend of the hook it is better to wrap it with a piece of foil – to attract the attention of the predator.

Sinker – five grams of buckshot. It can be harder or lighter – as you like. It is important that you feel the load with your hand, feel its touch to the bottom. The distance from the sinker to the hook is 12-15 centimeters, no more. Having tied a simple tackle to the end of the rod, a straw, a piece of fluff, a small float for ice fishing or just a match is usually attached to the fishing line with the help of a loop. This is so that the direction of the fishing line can be seen on the current – at a distance you cannot see the transparent nylon. And the last nuance: on the butt of the rod with electrical tape, two marks are applied 20 centimeters from one another. This is the minimum size of trout allowed to be caught. I caught it, put it on, and if it fits in size – into a bag, does not hold out – back into the river, let it grow up. It is advisable to have 4-5 ready-made sets of fishing line-sinker-hook with you. There are many snags and stones in the water. He cut off the tackle – immediately imposed a new one.

Well, finally, and the first pit, from here and start. The place is trump: a small bend, the current goes right under the roots of the tree, where the water is almost stagnant. It is necessary to stand so that the trout does not notice you (it usually stands with its head upstream). I plant the fry. This business also has its own wisdom. You need to string the fry on the hook, like a worm. The sting should not look out, otherwise the trout will prick and no longer take the bait. Everything is now ready. Slowly I walk up to the hole, at the same time pushing the telescope apart, and slowly lower the sinker into the water. Touching the bottom. Now, by small smooth “runs”, trying to match the speed with the current speed, I lead the bait from the entrance to the hole to the exit. The sinker counts the blows to the bottom: knock-knock-knock. The first posting is empty. I start a new one, this time much closer to the roots, but so as not to cling to them. Again by. To clear my conscience, I repeat it twice. It makes no sense to wait any longer, you need to move on.

I assemble the telescope, leaving only the last knee. You can now carry the rod with one hand while holding the hook lead in your fist. This makes it easier to wade through bushes and climb coastal rocks. Here is a very promising roll, relatively deep. It is a pity, the coast in this place is almost steep. It takes climbing skills to get to the water. There is a treacherous thought in my head: maybe skip it? How can I miss this ?! Away from doubts – I’m climbing! The rod literally has to be taken in the teeth, but the difficult section is overcome. Here, in the middle of the channel, there are two boulders, between them a creek, as if divided in two by a fast stream. From which side is it better to let the fry? Usually they begin to fish “their” shore, that is, the place that is closer to you. I follow this rule. The bait is at the bottom, two “steps” – and suddenly the hand feels some unusual knock-knock. Chews! After a second, the tackle becomes heavy. Here it is, the moment of truth!

Now the main thing is not to succumb to emotions and not to jerk that there is strength. You need to pull in one strong movement, without any undershooting there. There is! A predator in red and blue specks flies out of the water and hangs on the branches above my head. This often happens, nothing can be done. You have to climb up, get to the trout fluttering against the blue sky. I unhook it, climb down, measure it just in case, although I can see it for the market. Indeed, 25-27 centimeters. No wonder I practiced rock climbing. Then I took out four more things from this pit, however, I had to let go of two. After four hours of walking along the river, fatigue sets in. It’s time to return: the sun is at its zenith, and you don’t want to wait until it disappears. Moreover, I caught quite enough fish – I will probably be under five kilograms.

Slowly trudging back. I get to my car in forty minutes. The first thing I do is kick off my boots and lie down on the grass in the shade. How great! I’ll come here again tomorrow …