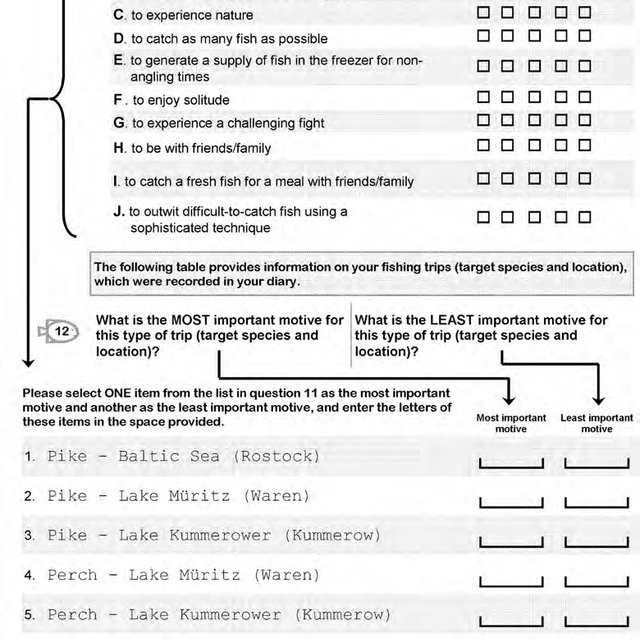 “Maybe it’s not worth talking about pike, so that it doesn’t turn out banal?” – such a thought flashed through my mind when I was choosing the topic of the next “ten”. No, probably it’s still worth it – after all, about half of all the questions asked by spinning anglers have a direct or indirect relationship to this fish. More often direct than indirect …

In mid-May I managed to catch a couple of decent (about 3 kg.) Pikes in a small river. They were short and thick. Someone said that these were not local pikes, but those that came earlier to spawn from the reservoir. Is there a chance to catch a shook of the same “breed” in the same place in summer or autumn?

The division of pike according to the constitution into “river” (long) and “lacustrine-deep” (thick) is more than arbitrary. In that particular case, these were most likely local pikes – because at least by mid-May, the pike, even if it rises to spawn in the tributaries, and this happens very often, almost always has time to return to its main habitats. You may remember an episode from the movie “Winter spinning on small rivers”, where we fish right within the village. Noticed what kind of pike is there? Thick and short. And that river flows not into a lake or reservoir, but into another, slightly wider, river. So there is simply no way for a pike to come from somewhere out of deep stagnant water. And that “noble” type (and the shortened proportions are like a sign of the “higher race” in pikes) is characteristic of most of the shuk that live in that river, and it manifests itself already with a weight of 400-500 g. The conclusion suggests itself that the one mentioned in the river is worth a ride both in summer and autumn. She lives there …

At the very end of October, we caught five shooks on Ruza. Each had one to three frogs in its stomach. It seems like it’s not the season … Maybe it was worth catching with “rubber” in the form of a frog?

In late autumn, this is in the order of things: you gut a pike, and there are frogs in its stomach. And, interestingly, this concerns not so much the “swamp” (that is, living in shallow “frog” pikes), as those that come across in rivers and reservoirs. Obviously, the pike takes advantage of the moment when frogs are massively “laid” for the winter. They are very vulnerable in this short period. As for all sorts of imitations, then as a real frog, the pike is more likely to perceive one of the summer surface lures (glider, “Moss Boss”, etc.), which at this time of the year are almost irrelevant, than something, according to our estimates, frog-like, mounted on a jig head. But if you guess with the place and time, then the pike lying in wait for the frogs going to the “den” can be successfully caught on the most ordinary jig. And the color does not have to be “frog”, and the legs, whether they are there or not, is a matter of taste. In short, regular foam is a perfectly acceptable option. As for the time and place, in the middle lane the “frog” period falls on October 23-25 ​​on average. Of greatest interest are coastal depths of 3-5 meters without a current with a silty-clay bottom.

I fish most often on small rivers. I noticed the following pattern: if this weekend the pike bite well, then next weekend it will bite badly, and vice versa. Cause?

The dependence of pike activity on the lunar phase is well known to many. As well as the fact that it manifests itself most strongly in small reservoirs. If we take into account that, in a first approximation, the cycle of activity (with one maximum and one minimum) is 14-15 days, then the biting pattern, in which the catches in successive pairs of weekends are very different, is natural, especially if the maximum is clearly on one weekend. However, it should be borne in mind that the relationship between cool and phase of the moon is better approximated not by a simple sinusoid, but by a “sawtooth” curve. This, in particular, is expressed in the fact that the growing and reaching its maximum bite then falls off not gradually, but abruptly. Here, though perhaps not very convincing, but a fresh illustration of the last thought. The last time the best pike phase was on November 27-30. I caught for three days on the same small river in the Near Moscow region. November 29: 6 bites, 3 caught, November 30: 5 bites, 3 caught, December 2: 1 bite, caught. Actually, I was almost sure, going on the last of those three fishing trips, that this is how it will turn out. I went to “test the theory.” The theory passed the test with flying colors.

So does a pike change teeth once a month or not?

One of the well-known beliefs associated with the dependence of the pike bite on the moon says that once a month the pike changes its teeth, and therefore practically does not bite. This belief has several weak points. So, the monthly change of the entire “ammunition” assumes simply frantic rates of its regeneration, for which the pike is actually obliged to live and feed intensively mainly for the sake of its own teeth. In addition, the most dip in the bite lasts three days (the day of the new moon and a couple of days before it), before that – pikes with teeth, and after – too. Somehow it is hard to believe that pike teeth can grow back at the rate of growth of bamboo in the Vietnamese jungle. In short, if the condition of the teeth has something to do with the frequency of activity of the pike, then in a much more smoothed and veiled form.

My favorite lure on the lakes is a wobbler that mimics a beetle. Is it really, really, the pike most willingly eats its own children?

A rare company that produces wobblers with the expectation of the European market does not have in the range of models in which an attempt is expressed as realistic as possible to reproduce a fish of a certain type. And the puppy among them is the undisputed leader. However, this leadership primarily stems from the very characteristic and recognizable appearance of the puppy. Recognition in this case is not meant from the position of a predatory fish, but from the position of a fisherman. It is no coincidence that the bait producers call the “commercial” model in plain text. The fisherman believes that the “puppy” is a very catchy wobbler, and faith in this case is a great thing. In radiophysics, such a scheme is called “positive feedback” (PIC). In our case, the POS works like this: we trust the wobbler-“puppy”, so we catch on it more often and harder, this gives a natural result, our score for the “bee-pup” becomes even higher and, if something happens, we go to the store to buy the same, and not some other wobbler …

If we talk about my personal assessment of wobblers in the form of a puppy, then I am not inclined to believe that they noticeably stand out in terms of their catching power from other basic models from the assortment of the same companies (Aise, Salmo, etc.). As for how often the pike “eats its own children” (I mean not imitation wobblers, but real juvenile pike), then, according to my estimates, the share of squinting accounts for an average of ten to twenty percent of the diet of an adult pike. At least, this is evidenced by the systematization of the results of dissection of the caught pikes. For example, in the one that I caught today (and I am writing these lines on Constitution Day), there were no “tribesmen”, but there were two frogs of varying degrees of digestion …