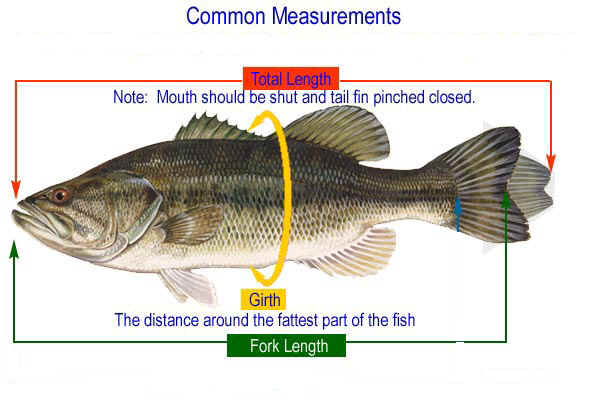 I heard that when fishing for perch with a jig, it is better not to limit yourself to stepped wiring. What other specific methods of baiting can be effective?

Indeed, jigging for perch is the most “creative” in the choice of wiring technique. A clean “step” is most often used in two cases: when another predator, pike perch or pike is caught in parallel with the perch, or when we fish in late autumn at considerable depths. In summer and early autumn, when the perch flock is about half-water, the best effect is given by wave-like wiring, in which the line is rolled up evenly, and the vertical component of the bait’s movement is achieved by swinging the tip of the spinning rod. More than once I have achieved very good results – when I switched from regular retrieval to haphazard, in which wave-like retrieve was interspersed with full stops of reeling, with the rod leaving the bait, etc.

If jig fishing is carried out strictly in the bottom layer, then you should definitely try to give a pause for a couple of additional seconds after the bait falls to the bottom. Or another option: instead of fast turns of the reel, rotate the handle slowly, while the jig bait does not immediately break off from the bottom, crawling for some distance along it, and then rises to a lower than usual height. Both methods described work selectively, that is, not always and not everywhere, but in some cases they give results that are several times higher than standard stepped wiring.

Well, a very popular question: what is it – foam rubber or “rubber” ?!

Applied to the perch, the question is not so trivial. Bearing in mind that the perch is not indifferent to high-frequency vibrations (take the same “turntable”), it is logical to assume that the “active” twister should already initially have an advantage over the “passive” foam rubber. Some time ago, I set myself the specific goal of conducting rigorous comparative tests. And he devoted a lot of time to this. As a result, I came to the conclusion that in the vast majority of cases the “activity” of the bait does not give any advantages. This means that the set of such characteristics as the size of the bait, the weight of the head, the location of the hook – all this is of much greater importance than the belonging of this bait to “rubber” or foam rubber. Some difference may appear in special cases. For example, when it comes to “flavored” or “edible” baits. “Edible” foam rubber has not yet been invented, this property is the prerogative of “rubber”. But various semi-liquid attractants – here the advantage of foam rubber is already obvious.

Eaten-off tails – how to deal with it?

In the case of the perch, this is hardly justified. Here, if the bites repeatedly follow into the back of the jig bait, either put a special foam rubber with the hook sharply mixed back, or take a jig head with a long hook, putting a relatively short vibrotail on it. As the most radical option, you can simply tear off the tail from the twister and catch it on the remaining stump. If you have never done this, then you will have to overcome a psychological barrier. It’s hard to believe at first that a twister, which is no longer a twister, is able to bring more fish, but this is very often the case.

Tandems – how justified are they in perch fishing?

In this case, we call tandems two (and at the same time more) spaced baits. And just in the case of the perch, they are most justified. And when a tandem ban is included in the rules of spinning competitions, it is almost exclusively aimed at catching perch. Such prohibitions do not apply to ordinary fishing, and therefore it is a sin not to fish with double lures when the conditions are favorable. By “accommodating conditions” is meant the absence of hooks and the schooling behavior of the perch. Double baits are so effective not because they are more noticeable to the predator, and he has the opportunity to choose the one that he likes best, but mainly due to the fact that the perch caught on the hook provokes the others to actively search for the victim, and one of them sits on the second bait. If harvesting fish is not an end in itself for you, then you should probably not fish with three or more baits at once. Two is quite enough to be with a good catch, and not to lose quite an element of sportiness. The optimal combination is a jig (or a “Castmaster” type lure) at the end of the line and a twister without cutting or wabik – twenty centimeters in front of it.

Does the leash deter the perch?

Another super popular question, and although I have already spoken on it many times, it is asked again and again … My opinion: there should always be a leash. Another thing is that its parameters should strictly take into account the types of baits used and the peculiarities of the fishing conditions. If, for example, we are talking about a bottom jig and a fairly high probability of biting a pike, then the leash can and should be long and strong. In the case of ultralight lures, especially with small wobblers, the leash is much more miniature in terms of its parameters (length, thickness). There is always an opportunity to pick up such a leash that does not in any way affect the game of the bait and the number of perch bites, but if a pike suddenly snags, then at least with a probability of 90%, thanks to the leash, it will not reach the fishing line with its teeth.

Is it true that the largest perch is caught on the spinnerbait?

Almost all mass-produced spinnerbaits are focused primarily on bass fishing. The second number is pike. Therefore, the size of these baits is appropriate. For our small and medium-sized perch (weighing up to 250-300 g), it is not quite tough. Therefore, many have formed a strong opinion that spinnerbait is a bait exclusively for seasoned humpbacks. In the assortment of some American and Japanese companies that produce spinnerbaits, there are also small-sized baits – weighing about 3.5-5 g and with petals no more than “Long” of the first number. Here they are, although it is extremely difficult to find them in our stores, they selectively work on perch weighing 100-150 g and in difficult conditions due to grass and snag, they show almost the best results. Not finding a small spinnerbait on sale, you can easily make it yourself. There are no fundamental difficulties in this, and the result, I am sure, will not be slow to show itself.