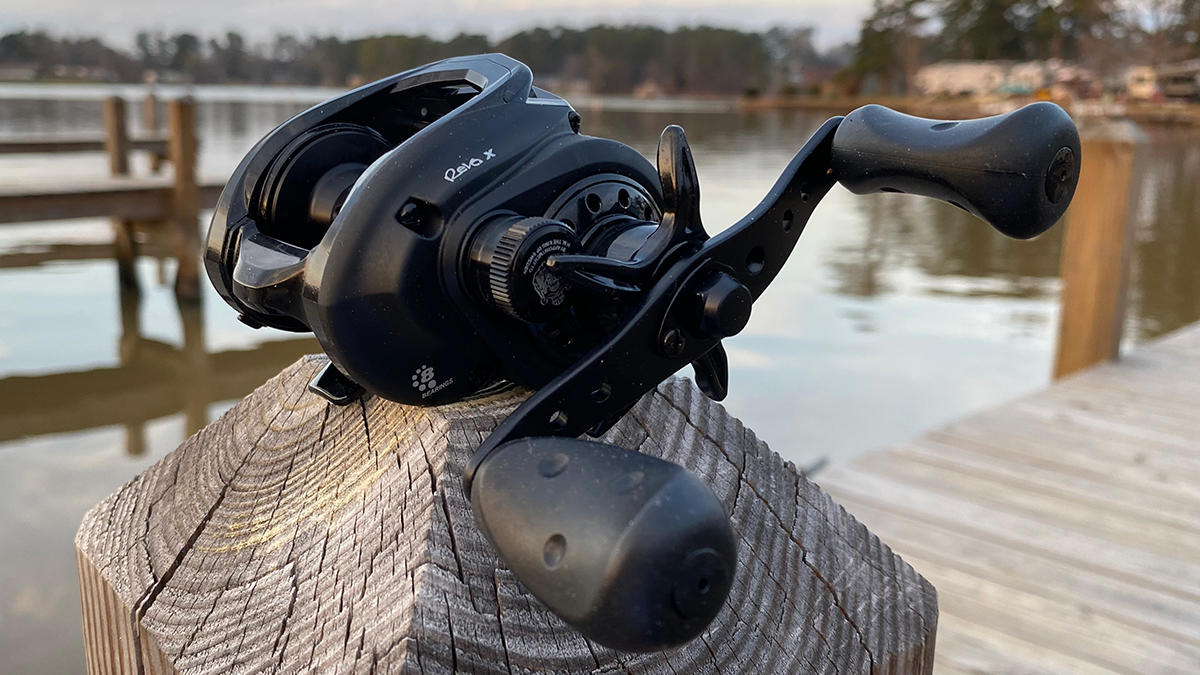 If we try to characterize as briefly as possible the comparative advantages of spinning and multiplier reels, then the former are stronger in casting, the latter in wiring. But this is only in the very first approximation, and with a closer comparison, for each of the two types of coils, we can name several strong and weak points – both real and somewhat contrived. The opinion that any multiplier has an undoubtedly greater tractive effort than a spinning reel is by no means always true. If you are convinced that with the help of the “cartoon” you will be able to uproot the stumps at the bottom of the reservoir, then there is something of the wicked in this. Therefore, I consider it possible to give some explanations. In sea fishing, where tackle of a heavy class is generally used more often, the priority of the multiplier over the “meat grinder” is beyond doubt. Again, I am not touching the track here (spinning reels are practically not used there) – we are talking only about casting.

Cartoons like the 965 Penn, Calcutta 700 or Ambassadeur 7000 do provide very powerful traction, but we rarely catch them in inland waters. Among my friends, only two in regular work Penn 965 – one goes with him to the rivers of Kamchatka for large salmon, the other “strangles” the pike perch in Valdai and once a year goes for a week to Akhtuba for catfish. Salmon and catfish are normal for a marine multiplier, but for a zander such a caliber is large, especially if you have to work with light (8-15 g) baits. Therefore, we often use classic multipliers of the middle power class – it can be Ambassadeur with an index from 4600 to 6600, Calcutta 250 or 400, DAM Quick LC 2000, etc., as well as all kinds of “soap dishes”. And here already blind confidence in the unlimited potential of your multiplier can become fatal for him.

It is quite typical that owners of inexpensive “soap dishes” often turn to the service workshop for maintenance and repair of gear with complaints about the creak and gnashing that suddenly appeared: either the sand got in, or the lubricant worked out. And all the wishes come down to cleaning and replacing the lubricant. However, the “opening” shows the complete deterioration of the main transmission pair – up to broken teeth … Light “soap dishes” of the middle price class can work for a long time and without complaints, if they are not “raped” with an unreasonably strong braid, and in all such cases this requirement was completely ignored. and the multiplier was not always enough for the season. “Soap dishes” are more expensive (for example, the Team Daiwa series) are more durable, since the material of the gears is more wear-resistant, and the kinematic scheme, as a rule, carries additional elements of overload protection. At the same time, the very value of the real tractive effort for them, like that of relatively cheap ones, is small.

This parameter appears explicitly in some (unfortunately very few) branded catalogs. If both multiplier and spinning coils are presented in the same catalog, there is no need to compare their thrust experimentally – it is enough to check the numbers in the corresponding columns. It turns out that for reels of the same forest capacity, the difference in tractive effort of the “mult” and “meat grinder” is sometimes absent altogether, and most often it is 20–25%. Another thing is that in a multiplier the connection of gears with parallel axes is already more reliable in itself and ensures a confident transfer of the applied force from the driving gear to the driven gear, while the options for oblique gears adopted in inertialess coils react more painfully to the presence of backlash in general and to “bumpiness” in ” head ”in particular. The previously cited example with “Quantum”, which stalled from the “turntable”, just illustrates this drawback of more capricious “meat grinders” than multipliers.

Another significant difference between these types of reels is the different winding speed. If you take a spinning reel and a multiplier of the same line capacity, then with a fully filled spool, they will choose an average of 70–80 and 50–55 cm of line per revolution, respectively. After a long cast (at the beginning of the winding), these figures decrease to 60–65 and 35–40 cm. The difference can be even greater if a thicker line is used on the multiplier, which, it should be said, is very typical. A low take-up speed naturally gives a lot of thrust, but in practice very often the choice between thrust and speed has to be made in favor of speed. This primarily concerns coastal fishing with long-distance casting at shallow depths – here only a high-speed reel is able to provide the necessary speed for full-fledged jigging.

Deep fishing from a boat, on the other hand, does not require a high reeling speed at all. The closer the bait is brought in, the slower the line reels. Therefore, a multiplier will be more appropriate in a boat than in coastal fishing. Consider also the difference in casting technique. The multiplier is, after all, an inertial reel, and a slightly larger swing amplitude is required to spin its drum. Therefore, it is more difficult to work with the “mult” in cramped conditions, and if three people have to fish in a small boat, then with the multiplier you will experience a lot of inconveniences, as with coastal fishing in high water, when flooded bushes greatly interfere with the normal swing, surrounded by which you have to stand …