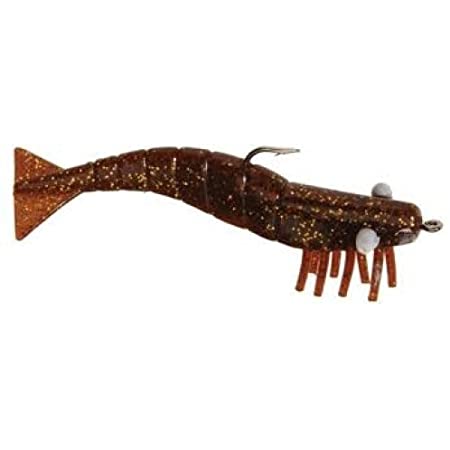 Bark beetles (bark beetles, under-stumps) is a common name given by fishermen to the larvae of some species of wood-boring beetles that lay eggs under the bark of stumps, fallen or dried up trees. The larvae are legless, have a white or yellowish cylindrical, sometimes flattened body. While developing, they make numerous moves both in the bark and in the wood. Bark beetles are harvested using a hatchet under the bark in forest clearings, as well as when harvesting firewood. For the nozzle, it is better to select small and medium larvae. They are usually stored in boxes with holes for ventilation, where a little sawdust or wood dust is poured. In winter, frozen bark beetles are best placed on a balcony or in a cold passage. Once in the heat, the larvae come to life and begin to crawl. It is much more difficult to store bark beetles in spring and summer.

The best bait is considered to be the white barbel beetle larvae, which live mainly in the bark and wood of pine. In the reservoirs of the Urals and Siberia, especially where the forest is floated along the rivers, the fish is well acquainted with the zakornik and takes on it flawlessly. The larva also helps out in those places where it is impossible to get bloodworms or mormysh in winter. It is best to catch bark beetles from the ice and some time after the spring flood, when the water becomes more or less lighter. This attachment is used less frequently during the summer months and autumn.

Many fish willingly take on the bark beetle. In the Baltics and Belarus, for example, large roach, ide, bream and perch are caught on the last ice. And in Siberian reservoirs in April and May there is a good bite of grayling and medium-sized lenok. But this nozzle is especially popular when hunting the Siberian dace throughout the winter season. This fish is usually caught at night using several rods, outwardly similar to the well-known Baikal mood, cutting rectangular holes in the meter-long ice. The bark beetle is placed on a light hook No. 10–17 under the head, sometimes like a worm. First, a sting is pierced through a hard head, and then a hook is inserted into the body of the larva so that it completely disappears into it together with a ringlet or spatula. When eating on a jig, the smallest larvae or pieces of large ones are used.

After playing several daces, the larva grinds up, but this only enhances the bite. A fresh larva is placed on a hook, as a rule, already at the moment when only an empty shell remains on it. Yellowish barkers, which usually live under the bark of larch and spruce, hold on to the hook more firmly, but the fish takes a little worse on them. Having experience in catching bark beetles in Siberia, I have used this nozzle more than once on various reservoirs of the middle zone in winter. In particular, I have been able to successfully catch large roach on the larvae of the barbel beetle in the Rybinsk Reservoir. Therefore, if for some reason the fish under your hole is “on strike”, try offering it a bark beetle. The effect may be the most unexpected.

The insect is dark brown or greenish in color. Lives near water on coastal vegetation. In the evenings, masses of caddisflies circle low above the surface of the water. For fishermen, the larva of the caddisfly is of greater interest, which for short they call simply the caddisfly or shitik. This is one of the best baits and is considered a “delicacy” when fishing for various fish, especially carp. Shitik dwells usually in clean running water, but you can also find it in lakes, ponds and reservoirs, in shallow areas, especially where underwater springs flow or cold streams flow into a reservoir. The larva builds a “house” for itself under water – a cover of thin plant remains, fragments of shells, grains of sand, or even simply crawls into pieces of hollow stems of plants, such as horsetail.

She sits in such a “house” quite firmly, attaching herself to it with the help of a pair of hooks located in the tail part of the body, and putting her head out. It feeds on plant foods and garbage. Lives for about a year, after which it turns into an insect. To collect the required number of caddisflies, they enter the water (usually in a stream) and collect larvae from the bottom, grass stalks and sunken branches. Pull the larva out of the cover carefully, pulling it with some effort by the head. In central Russia there are many non-freezing rivers and streams where you can collect caddis flies in winter. Many fish feed on caddis larvae, but roach is especially not indifferent to them. On a fishing trip, shitiks are kept in wet moss or a slightly dampened cloth without taking them out of the “houses”.