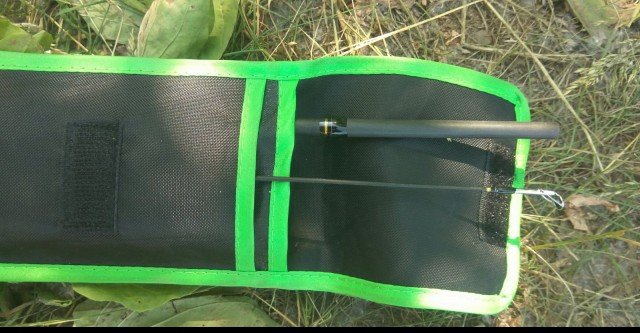 Zetrix azura 762l – wagon, which is definitely worth the money!

In the spring, I saw an entry for Test Drive Spinning from the Mida company on the portal Fishingsib.ru.

The choice was proposed 3 models of spinning. After reviewing all the characteristics of the models I chose the model ZETRIX AZURA 762L

As indicated by the manufacturer:

And I am applying for the first testing period, namely from June 10 to June 30.

And on June 4, testers are announced on the portal! I see my Nickname, which means I have to go to the office and take ZETRIX AZURA 762L for testing for a period of 3 weeks.

After receiving the spinning started at home to review.

The cover is stitched qualitatively, with convenient patch pockets for each part of the spinning.

(as on the form of the rod itself)

What is the cost of accessories, the manufacturer for some reason did not specify …

Testing conducted with a coil in the amount of 2000, "catching" quite a decent balance.

Jig knocks on the hand of 6 grams on a hard bottom, the cast is very pleased! Blank, it seemed to me rather hard, build closer to fast. Carolina in 10 grams + Polaris 40mm easily threw ~ 40-45 meters. I didn’t try to overload the stick, as I read on the forums that Zetrex has such a misfortune as a breakdown of blanks due to thin walls.

Since during the testing, I did not manage to catch a normal fish with this model, and perch weighing up to 200g, did not give an idea how the form copes when dealing with large fish, and how it knits it, this item remains, unfortunately, empty … By perch – bites are transmitted clearly in the hand, even when on the release there is a bite of perch in 100gr, you clearly feel it.

And so let me down my small summary after testing:

For its price segment, the quality is very good. Casting and chuiko on solid 4.

The only negative for me at ZETRIX AZURA 762L is the absence of keeper's hook.

In general, this model from Zetrix is ​​definitely worth the money.

Norstream Rooky is not for boredom. A little review of the spinning
Cold memories part 4.
What are these black dots on the fish? Where do they come from and what harm can a person do?
Tags: 762l, azura, definitely, money, wagon, which, worth, zetrix