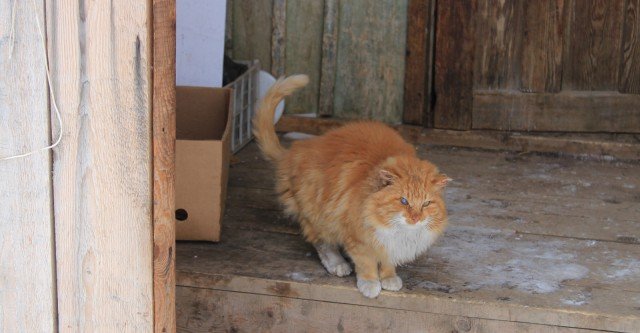 No matter how good the Keys with the lower reaches of the Elovka are, they are drawn to other places. Unfortunately, I have to pass by. But now, I happened to visit the winter Dolinovka. This is a village on the road to Klyuchi. It stands on the banks of the Kamchatka River. The climate is chic there. Frost, like frost, resembles West Siberian. The forest is diverse. Snowfall, as in Altai. People are interesting.

In a three-person campaign, I was just the third. I agreed, of course, right away, but just in case, I clarified the real purpose of the trip. Still, not a passing light, and the climate in those parts is harsh. The answer that I just wanted fresh fried fish was more than what I was comfortable with. Already something, but for this it will not rust. The goal is Grayling.

The trip was preceded by a long series of questions, negotiations and approvals. Thanks to everyone who took part in person and in absentia in organizing our trip.

I took my Tonar-130 ice drill, to it, just in case, an extension cord and a kilogram of spare knives. As a result, neither this nor that came in handy, only time was lost on the selection of optimal knives. All fishing satisfactorily worked gear. Sometimes I remembered a slugger left at home.

28 in the morning slowly set off. The road is normal to the valley itself. After lunch we were there and after some telephone conversations we stood in front of the entrance to our home. In addition to the hospitable Stas, we were met by a one-eyed red cat.

This monster, in addition to constantly yelling, marked all our jokes, starting from the wheels of the car. This could not be mentioned, but it is worth it. The height of its marks could be envied by a good half of the local dogs. Maybe that's why we survived this adventure, as a family. The rest of the day was spent preparing gear and food. In the evening, they mentally sat under the shurpa from local game (moose).

In the morning in front of the house Buran with a sledge “pounded a hoof”. We sat down and went to meet the dawn on Urvatus. There are several kilometers of packed chess, so we arrived quickly and almost without incident. As the sole owner of the drill, I try to drill. Hunting to catch some fish – I will not save it. Ice centimeters 80, no sludge. I lower the “Milkovskaya Mormyshka” without a nozzle. Three meters depth, the current is very weak. After a few seconds of low-frequency jerking off follows a bite. From surprise I do not have time to hook, but already in the rack. Another 20 seconds of smooth play, and there is. Someone is sitting. No, this is not a pretty annoying smelt, golets-frying pan or its adult black rope-like congener, this is my first ice-cold HARIUS. Handsome, but the smell. By inertia, I throw a mormyshka into the hole, not yet realizing that the cherished dream has already been realized and everything else will be just a repeat.

Frost crushed, -35. With such a tempera in Petropavlovsk we would have already frozen out, but here it’s nonsense. Gauntlets down, and breathing just fine. Not a breeze. I would stay here to live. Another remark. Local, at first, took us for snickering urban. They say that in such frosts you can do nefig on the river, and in general, it does not bite in winter.

Grayling taken out of the native element was immediately covered with a bizarre “moss” of hoarfrost.

In the meantime. The fire does not burn, firewood with a gulkin nose, no one catches fish. I had to remember my field geological past. The holes were drilled, the fire was lit, it became more fun.

Although they forgot makuha, grayling is not often, but it bites. There was no Mikizhi, the char of the frying pan and the yarrow of different breeds were present.

In search of a captured trophy (I really wanted to fight), I rushed along the river, drilled holes, dipped spinners and jigosilicone bells and whistles, but in vain. I raped one monstrous bite on an 11-centimeter twister and that's it. The rest of the day passed in leisurely fishing, constant struggle with the crust of ice in the holes, eating fried sausages and bread and just relaxing.

In the evening, in the house, again, dressing gear, working on bugs, a friendly dinner, which went into conversation until two o’clock. Strange thing, a short sleep was enough to sleep well. Lack of internet and TV probably helped. Perhaps healthy frosty air and rural life. Yes, and the sub-pan Lamb in the form of a vole guarded us at night.

The next morning we again went to Urvatus, to the old place. As it turned out, our shell did not hit the same funnel. The fish refused to peck. Neither the bark beetle, nor the imitation of eggs, nor the top of the fly helped. At home I watched a 3-hour underwater recording. There was simply no fish. Single instances of haius and golchiki slipped through. So they were caught. For the future, one must either study the relief and the course using open water, or take an expert on these places with him. It does not hurt to have a Swedish ice drill or a worthy domestic analogue, so as not to turn relaxation into weightlifting. Barnaul sports weaving are good, but due to freezing, something is needed from 130. Day and evening went along the rut, then a short sleep and again on the ice.

On the third day we went to the area of ​​the Kitilgina River, to Yelnik. Despite severe frosts, in places the river was open. Immediately thought about the sludge. And so it turned out. I have never seen such a sludge. The ice is 50 centimeters, and under it 2-3 meters of selected sonorous gem candies the size of a chicken egg. You pull out the drill, and a decent such hill grows out of the hole. It is useless to download, it helps a sinker for 30 grams. It’s only a pity that it doesn’t help to bite. We tried to catch in a strong current, but apart from single bites on silicone and spinners, nothing. At the end of fishing, there was a place under the right bank, without sludge, with a good course and depth. I managed to get some decent frying pans on a mormyshka with a bark beetle. In terms of fishing, it was the most unfortunate day, but the surrounding landscape, the proximity of open water and the magnificent weather all compensated. Skewers of sausage and bread, flavored with a sip of viskar, stretched the day into a solid plus.

Flew a short vacation. What they wanted, they caught, they ate fried fish. Met good people. Many thanks to Stas and Miche.

I liked the fishing, places and atmosphere so much that a month later the voyage was repeated. A slightly different composition, but with the same attitude. The frosts were gone, they just crackled at night. Happy sun in Tashkent. The cat cheered up and began to go fishing, but the village did not bite.

However, on the distant cordons, the bite was not so hot. On Urvatus a full house.

Catch was barely enough in the evening to fry under the conversation. Grayling and char were minced. Maybe we are to blame. How to know. Page flipped. Of course, he is drawn there, but it is enough to recall the past, calm down and not go.

Then, in other winters and on other rivers, grayling came across. In by-catch. He pecked both on mormyshka and on full-sized oscillators. But all this is a matter of chance. This year, a grayling trip is planned, but the international situation is resisting. It is not known how it will come out.

Here is the "Milkovskaya Mormyshka" (in the middle) and its derivatives are self-dependent.