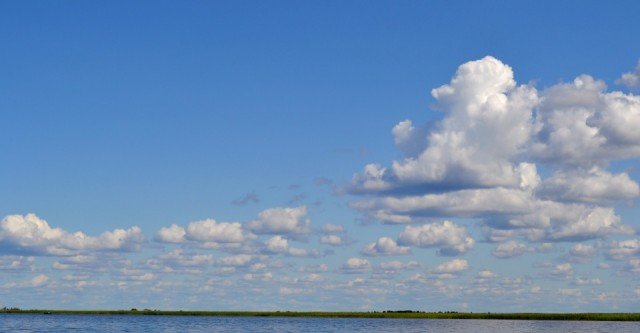 Where did the pike perch go?

Last month, my partner and I drove to Svir, where I tested the new spinning Suatain AX on local pike and pike perch. That day seemed to me not the best for fishing, despite the fact that the pike perch pecked actively. The sizes did not please. After analyzing everything that happens, we decided that the big one should come later. And so, this wonderful day has arrived.

According to the forecast, complete calm in the morning, for dinner 2-4 m / s. Sun. Directly created specifically for you, the weather gave chances for a successful outcome of fishing.

And before fishing you will not let go of that sense of anticipation of poklevok.

And still prepared, took the necessary cargo, the rubber is correct. And this time spinning is easier, Shimano Aernos AX 78M is 2.39 meters long and with a 7-35g test.

This is such a classic Sudako-underbite!

We are at 3:00 already on the shore, pumping up the boat.

With you only everything you need, the rest will remain on the shore. Only jig, only perch!

We are loading into the boat and we understand that there is no navigator with dots. He stayed home. Here is a setup …

There is nothing we can do, we will look for new points and try to find old, working ones.

Yes, of course it's easier with navigators and echo sounders, but without them, your feelings are even more acute! Wakes up "Chuyka".

Approach about our first point. Anchored.

And they made a cast.

Last time on the first cast there was a bite, and on the second zander in a boat.

And it seems that the flow is much stronger than usual.

The main working load 28gr. The hand knocks like a hammer.

Shift. Yes …, without a map, with marked cool dots, it is much more difficult to search for fish.

At the second point, one hit, but by.

At the third point, too, one hit, and also by. What is it with fish?

Where is all this horde, which just recently was kicking like a machine gun?

In general, there is such a rule, the worse for a fisherman, the better for fish.

Today is perfect for the fisherman! Respectively…

So, do not be discouraged! Dawn is still ahead, and a whole day, it may be …

I remember that somewhere here there was a clay brow, from which always took normal Sudak. Began to look, moving from place to place and prokidyvaya each 3-4 casting. And at one point I found it! At the next cast, the bait cuts into something at the bottom. Dorg, dredg, came out. Huh … lucky. And here, BAM. Cut down.

Somehow it is strange. Perch what? So it resists … although I threw an overly thick half-piece that ticks a pike perch or pike.

And for sure, the perch is handsome!

But after that everything stopped.

We continued to wander across the expanses of the river. Ships pass by, trollingists walk, periodically stopping nearby.

Not a fish day today.

There should be an interesting point ahead.

Exit from the pit with an interesting relief.

Somewhere here is a rocky ridge.

I turn to the shore. Throw upstream.

So sad. I almost fall asleep. The cord is already at the boat. Slowly sinks to the bottom. Suddenly in the hand ranks discharge. Bam! Not understood?? Cutting!

There is! Spinning is bent. A fish!

I'm starting to pump it out from under the boat. Below us is 7 meters deep. From the depths, a silhouette of a perch is shown, desperately trying to escape.

It was not there.

That's the first perch for the whole day. Partner throws in the same place.

After a moment, sharply undercut. Here is the second one.

On the next cast I catch the second. What kind of miracle is this?

Did they grope fanged?

Near the boat stops. They saw that we were catching and decided to leave. Colleagues have nothing. And we stopped biting.

Apparently you need to give the fish a rest and a snack.

A little abandoned near us, the boat swam away.

After that, we caught three more fanged and apparently the fish was over.

We decided to return to the starting position closer to the dinner, but it is still sad there.

So it's time to get home. Perhaps another time we will be luckier.

In any case, the fishing turned out to be interesting!

Winter grayling, Kamchatka.
What are these black dots on the fish? Where do they come from and what harm can a person do?
Should I buy reels and spinning rods over the Internet?
Tags: perch, pike, where