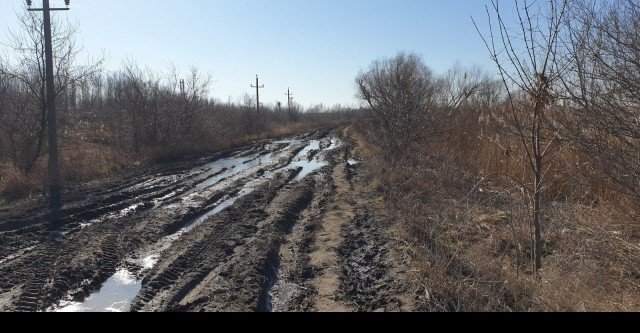 On the street, spring is in full swing, the sun is very warm during the day and the sun is shining, but at night the temperature sometimes drops to 0 degrees, the ponds will not freeze, only the puddles are pulled together with a thin crust of thin ice.

I went to my favorite micro-jig pond. In general, I believe that this type of fishing is very catchy and is available in many places, rivers, lakes, canals, ponds, especially within walking distance, which is why many anglers like MJ so much. My tackle Aiko Tirrel 210 UL-S 0.5-5 SHIMANO EXAGE 2500FD reel with a wound cord Sunline PE EGI ULT HG 180m # 0.4 as always ready to fight and fight with striped.

It will be very calm and catching water very comfortably and conveniently, equipped with 2 grams of cargo and a passive bait Sprut Hiroko 38 color engine oil, which very much resembles a natural goat. Several points were single, but when I notice a flock of fry at the next crossing, I stop. Here, at the depth or on the edge, there must necessarily be a perch, an ambush place too typical for him. Almost from the first casting I began to catch perches good for MJ size, and the most interesting thing is that he walks here in a flock.

Then a few postings to idle, I was already thinking of moving on, but there is a bite on the next posting and it immediately becomes clear that this was a pike. Apparently she scared the striped ones and caught herself.

The transition again to another place, one more and one more, but like in the bathroom, not a jab. The next place again starts to bring a lot of perches, there are even more perches here and the pike flies in like a half-ladder, having visited the hook, I also released it after the photo session, albeit puzatenka spawning.

A little more fishing has shifted a little downstream where there were most bites today on a small bait. I don’t know why, but I like the perch and even the pike, maybe the micro-legs along the body create vibrations or maybe the game of a fine tail attracts, but I know that it’s very tender and I almost ate the perch, leaving me only one bait.

Having had enough of it, I hit the road off-road to the car, fishing was excellent both in catch and in warm spring weather, now every day it will be warmer and sunnier.

Zherlitsy "Terminator", revision number 2
JIG RIG. Why is he so good?
Jig on a career
Tags: bait, catching, microjig