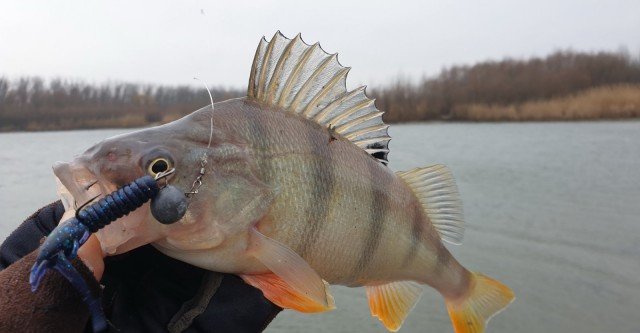 Passive lures have a very wide variety of shapes, types and sizes, and each fisherman has his own preferences, some fishermen like crayfish, the second are weak, the third are various non-standard creatures. I have crayfish and weaknesses in my arsenal, and I won’t say that it’s summer time for crustaceans, and spring is weak for example. I have successfully caught these types of lures throughout the year and even now in the winter in open water for jigging. I decided to go fishing and arrange a mini-competition of these types of lures, rest only on passives no matter what. A couple of days ago I was already in the pond and the perch was actively eating twisters, I am sure that he will not give up his favorite passive baits. I know the predator parking points directly and there is always 100% fish there, it will be clearly visible what works better.

I arrived and here a little rain pours rain, well, it’s on my hand, because here in such weather the pike is caught better, but I’ll do it anyway. Another plus of this weather is that I am alone on the pond, all the fishermen either changed their minds about going or running away.

At the first point, he put a working Shiku 70 blue crustacean; this spring, he surprised me very well in terms of catchability. I immediately felt that the fish is moody today, there were bites without serifs, sharp hooks! He had to be persuaded and he began to be more or less caught after he began wiring with one revolution of the coil and pauses in 4-5 seconds. And even with such a wiring, he sometimes turned purple.

In these places, with a prolonged absence of bites on the crustacean, I tried to change the Satoshi 80 for slug and this helped to add a couple more perches. In other places, slug fishing brought a bite of pike, while she did not want to eat a crustacean. The lures changed, but the wiring was unchanged and very sluggish, sometimes with dragging along the bottom.

The rain passed and the perch cheered up a bit, it was still possible to catch from several points, but it is not as active as we would like, the pike completely ignored the bait and there was no blow.

Today's fishing has demonstrated very well that it is impossible to divide these baits into subspecies and catch only one of them, they perfectly complement each other just like active and passive ones. In different situations, it happens that one is the gainer, but you need to try and have in your arsenal all types. Only experimenting with baits during fishing will the angler always have at least a small catch.