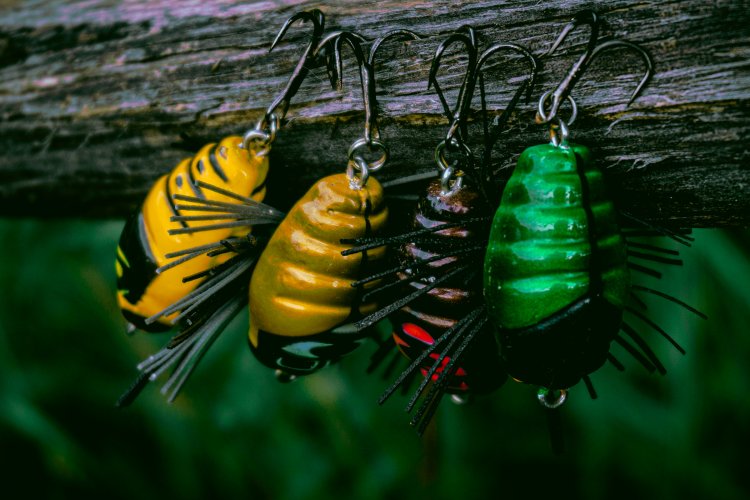 Do you want to catch better on Notobug?

If your answer is positive, then based on my experience, I will explain what you need to do with it in completely different conditions, so that its use is maximally justified!

Yes! There is enough video material on the Internet. But despite this, in some he catches well, in others he does not. And someone even sent him to the “Antitop” list for a chub. Interesting isn’t it? Cockroach fans have known the creation of the French fisherman Tanguy Marlin for a long time. From personal communication with Tanguy, I learned that he created the “notobug” back in 2011. A little later, when the bait was exported, it became available to fishermen in Russia. “Notobug” is quite popular, so I have no goal of presenting it as the number one bait in its class. I will say that I made good friends with him. He catches me regularly and gives unforgettable emotions!

Perhaps you have also heard opinions that the 30th size, in comparison with the 22m, is considered large !? Some experts say that not all chubs can handle this size! I have to disagree here! On the 30th “notobag” fish attack even less than 350g. and perfectly fall for it! It’s just a matter of detection. On this score, we have had quite a few discussions with experienced anglers. Thanks to this, I realized that changing tees, rearranging them in places, and other perversions are absolutely meaningless! With experience, you understand that detection depends only on the posting and the supply of the bait. And now about this in detail!

But if you are interested, then making a digression, I will say that the younger Notbug was created specifically to meet the demand in the market. Roughly speaking, for people who catch chub with very light tackle. This is when a stick 160cm up to 5g paired with a two thousandth spool and a thread of 0.3 in Japan. Otherwise, there is no need for a small “notobag”! It just won’t fly with you! On the other hand, everyone will find their own size in the line! Personally, I prefer the 3.5g Sakurovsky nut.

Let’s get down to business!
First of all, I will tell you about the effective types of postings that I use myself. From simple to complex:

1) “Mormodroch” – This is how the main part of its owners is caught on the “notobag”, applying this method everywhere. How to do it?
After casting, we begin monotonous twitching of the bait, with jerks of the rod (up and down) and at the same time we exhaust the line, leading the bait from the place of casting to ourselves. Like fishing for walkers. For a quick catch of the site, or in the search for active fish, this method is relevant, but it is not the most effective. So we give him preference in fishing on calm water and return lines.

2) “On the flop” – The method is already more interesting, but also classic! To do this, it is enough just to throw the bait into the places of the supposed parking of the chub: shady areas of the reservoir, bushes, overhanging trees, driftwood or coastlines – and be sure of the attack of a white predator! Important: at the moment of splashdown, have time to close the bow, so that the bait would smoothly “flop” on the water. The bite occurs already at the moment of splashdown, more often in the first seconds, at the first flinching of the beetle.

3) “Rafting downstream, like a May beetle” – The method is quite simple and well-known, but not applicable in all situations. The principle is to deliver the “notobag” to the chub’s parking space, while remaining unnoticed for the fish. You should just throw it at a slight angle and bleed it downstream, remembering to periodically play along with the bait. It is possible not to add unnecessary movements, the flow will do everything for you! Such postings are cool to perform 60-150 meters downstream. Works great when wading, or from the shore, where it makes sense to fish for the boundaries of vegetation.

4) “Pulling off the stream” – If you have a roll in front of you, or extensive streams bordering on quieter water, then first we throw into the burlilka itself! Then, with slow jerks, we pull the bait to a weaker current. The bite will not keep you waiting somewhere on the border of those jets! It works just as well if the “notobag” is pulled into the return line, from the flow zone. Everything is trite, but effective! Not one chub will not miss the trembling of these legs, and the asp will be tempted …

5) “Upstream” – Understanding this method comes with deep practice. Here it is important to feel the current and get used to your tackle or something … It is not as simple as it seems! In fact, it is not enough to cast upstream and exhaust the slack in the line. Here, the “notobag” should play the role of the most natural victim, which lends itself only to the force of the current, while making some attempts in order to swim out. If you are able to play the role of a highly educated conductor, then you get an imitation of the behavior of a real beetle in water. Correct wiring consists of many nuances: what point did you occupy, being located on the shore relative to the current. Didn’t they make a splash before the cast. Wind speed and direction …
And the most important thing is how you own your gear!
For me personally, this is all intuitive and difficult to describe. It’s a matter of technology! It is in this way that I like to catch most of all, using not only “notobug”.

6) “Loop” – So we got to the most effective solution for catching with the “Notobag”! Here’s where it really pays off! This is long distance fishing and he is good here! In total, you need to take a position just below the place of casting, in order to put it at about 45 degrees above the current, stretch the braid in one line, parallel to the shore, so that the bait moves straight, and then, when the segment of the braid ends against you, the bait will begin to unfold against the jet. this is where lightning-fast happens: “crack” and chub “give back the spinning”. In this way, it is easy to lick large areas. But it is also ideal if you need to bring the bait clearly under your nose somewhere locally, or bring it to the right place! The main thing is to throw above yourself, and try to pull it to the turn, conditionally lower.

All of these techniques will help you apply the Notobaga wherever there is a chub. On the course and without. It’s no secret that the French are catching on “notobag” in stagnant water, making simple animations. In the same way, my friends catch on the Moscow River, for example. Therefore, many people believe that this lure is relevant only in such conditions, or when fishing with a flop! But as you can see, this is far from the case! If I fish successfully on any stream, and not only, then everyone can do it!

The most important thing is the adrenaline and emotions that can be experienced when fishing with the Notobag! I wish everyone to experience the attack of a chub, or an asp from the surface – this is something!

Remember: The acquisition of bait handling skills only begins with practice! Don’t listen to any experts, but be on the water more often! And you will succeed! I believe in each of you! And when catching a chub from the surface – “notobag” to help!