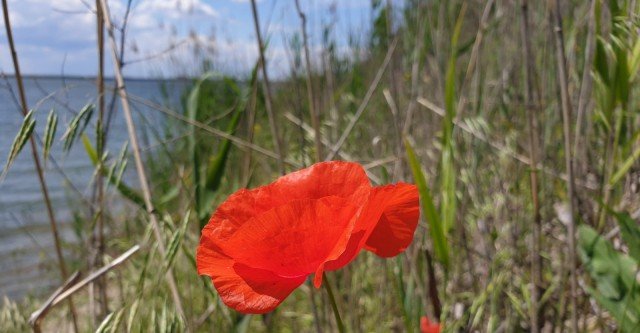 Jig on a career

For a long time I wanted to go to deep quarries where sand is still mined. Talking with a worker once, they told me that there are depths of about 30 meters, they also told stories as they found the remains of mammoths, and perhaps it’s true. So I wanted to go, but because of the weather I couldn’t succeed all the time. A large body of water and even from a small wind, a wave swells here to comfortably catch almost ideal conditions with a calm are needed.

After waiting for the calm, he immediately went to the reservoir for reconnaissance. Vodichki added a little and lengthened it even more, but I’m not going to catch in those parts where the earth shell works. Came to a place called "Table", left and right depths of 10+ and between the extreme points a relatively flat table with a depth of 4-6 meters.

These two extreme points are very promising and zander from the depths often comes here, there are a couple of navels where perch and very rarely pike are caught. Having collected spinning with a test up to 21 grams, he began the search. From the approach on the ejection I feel a blow, it was immediately clear that this was sir and there was no fierce resistance in the fighting. A small lump ate a fairly long octopus slug Yoshiro 100 mm, light color with a light-accumulating effect.

After there were several tweaks on the wiring, experiments with the bait began, apparently the perch could not swallow the long bait. But the crustacean creature already ate well.

I move between points, more emphasis was on places with depth differences. And these places did not work badly at random, ate the slug again at that moment when the bait was lowered into a small pit. Such a small local place with a concentration of predator.

But in one place there was no point in catching for a long time, for some reason it was necessary to give a rest to the point, and more often moved to take off all evil spirits and to catch snacks from the navels, but there were very few striped ones.

Returning to the beginning, I still caught one toothfish, he began to pick and stop and had to reduce the size of the bait to 70 mm, the crustacean worked in a natural color. Since the predator didn’t catch the weekend here all day, the hours of activity passed and went to the car admiring nature, reconnaissance and fishing trips were a success.

What are these black dots on the fish? Where do they come from and what harm can a person do?
New Norstream Standard 802XH Russian heavy jig!
Esmeralda's story.
Tags: career, JIG