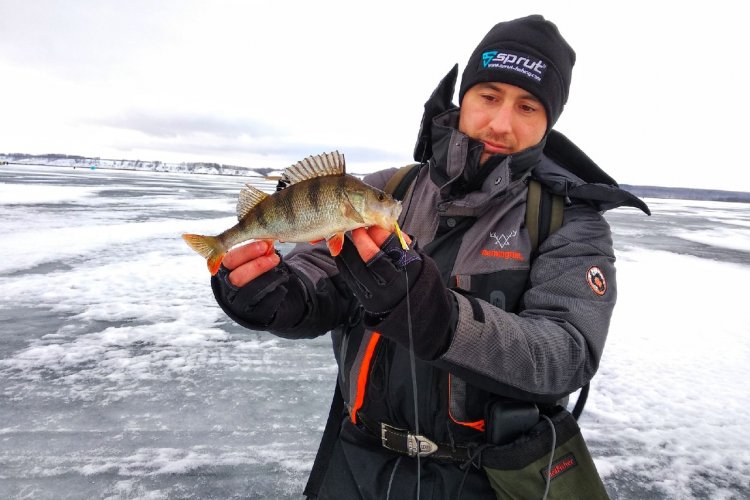 The closing of the season for fishing from a boat, and indeed fishing in open water, brings a kind of melancholy to the angler in anticipation of a drop in air temperature and the formation of ice safe for fishing. How to please yourself and distract yourself? You can prepare fishing rods, once again check and sort out balancers and spinners, or you can, like me, wrap myself in cold memories of the last winter season and share them with readers. Every year, new baits are added to my fishing box, the interest in catching and experimentally understanding the best place, time and serving is, in my opinion, one of the most interesting moments in fishing.

Last season was no exception. Balancer “troika” Akira and lure “five” Kriket from TM Sprut acted as the main characters of the season. Of course, I also occasionally fished for other lures, for example, the balancers Hiko and Garuto, which had already staked out their place in the box.

Frosts that quickly came without wind bound the reservoir with homogeneous safe ice, we had to wait for the weekend. Search fishing in the hope of a “humpbacked perch” was not crowned with success, but the finely medium perch, periodically pleased with bites. Akira quickly collected the predator under the hole. In general, of course, I use this size of bait in the wilderness, but this time I decided to break my own rules.

During the whole season of hard water, the baby Sprut Akari consistently brought fish, yes, there were no fatty perch, but in general it “worked” well. As for the color dependence, I cannot say, since it was the only one, but in my favorite performance.

I often paired with Akari with Kriket. I have repeatedly mentioned in my stories that I always use this tactic and it bears fruit. Although, to be honest, initially I did not really believe in Kriket, since the form is a bit unusual for me. But one had only to try and get the first bites so doubts immediately disappeared in an instant.

From fishing on Kriket, I remember the moments when the perch slowly and without attacking rose behind the spoon during the jigsaw game. All this is perfectly visible on the echo sounder screen, and at the top point after the completion of the jorm game, it was enough to make a small toss, literally 10-15 centimeters, and there and then the striped attack followed with lightning speed.

By the time of writing the fourth, already fourth part of “Cold Memories”, we had a stable temperature minus – which means that soon on the ice, ugh ugh so as not to jinx it. That’s all, Bye everyone, NCHNKh with respect, Sergey Egoist!