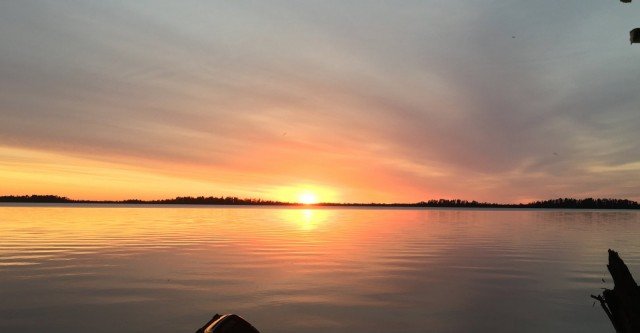 Blue taiga lake in TO

The first water fishing on the taiga lake is always full of questions: “What, where, when, with whom, what, weather, what kind of fish ???”

This time, only the last question remained. The organizer Victor determined the lake (special thanks for the storm of emotions received!).

The team gathered Novosibirsk-Tomsk, quite understandable. The lake with blue water was located beyond the 59th parallel, so the worst option was possible, that the pike only spawned and “got sick,” and the perch spawned. It is clear that in this situation, fishing would turn into roulette: give the pike a spoon on the head – caught, did not hit the spot – rinse further.

Nature has put everything in its place. In the first five minutes of fishing, everything became clear. Six casts – six perch, each from 700 gr, two had to be taken to the sack!

On the first day, they caught a fool so that some then worked on milling for 2-3 hours.

The perch is almost all empty, it contains only insects: the May bug, all sorts of volatiles and pickles (the terribly nasty green larva of the caddis flies) right with their houses. But half the pikes are already with perches,

although her lower fangs are still milky.

But what a beauty in the next 2 days!

They let everyone down to one perch, tried to count how many per fisherman came out. Where there! At least each 35 kg daily was launched into the water.

In the morning you wake up and you need to knead the upper shoulder for about ten minutes after yesterday's exercises.

All crews were in the mood for pike, for a large pike. They knew that she was. Moreover, every tenth huge perch was a bit of a pike, impressive. On the first day they took only three pieces, from 2.7 to 4.5 kg, it was somehow rather weak, but there was hope. In the evening, for a friendly feast with a terribly rich assortment of everything, everything was talking about pike.

The next day took place:

another 2-3 pikes from three to four kg.

Victor pike cut off the leash from the zergilnaya in front of her eyes and left, nichrome twisted – nonsense. Zherlitsa was according to Sabaneev: a stake ashore at 45 degrees, a red scarf, a flyer with a fishing line of 1 mm, live bait 600 gr squished on the surface, classic! Other girders did not work, either breakage of leashes due to shortening of the load, or breakdown of live bait by large perches, or simply there is no girder – and that’s all. That very six who escaped from the zherilza exactly six team-mate Vladimir took a day later, three hundred meters from the zherzilya; behind the tongue sat offset 6 with a piece of nichrome!

Live bait small 50-60 gr. they were catching on zharlitsy, laughing as if – on mormyshka and attentively. Indescribable pleasure after the constant release of the shackles. Still indulged in a small perch as bait fish spinning in the plumb: immediately gather larger perches and try to swallow, but not included. Then a large gram of 800 comes in circles and swallows it like sugar. The lessons are so obvious that the camera is not needed.

We also found a cauldron with fry, which was strangled from below by last year’s perches and all the others. Malek in huge quantity and already 5 cm in size! We took a pike of 3 kg into a plumb line on the boiler.

She was hit directly on the head and body with spinners – zero reaction, and banged on a spinning fan hanging in the water without playing, barely managed to catch a flying spinning rod.

On the shore for a long time everything is dry on the mane,

easy to walk, such spanking came to the rescue:

practical and convenient, only knots can not be kicked. The fish was kept in pits in an unusual bright brown cooling sand.

Blooms along the banks

ledum with the smell of absinthe – already intoxicating, in the lowlands stood lingonberry,

on a shaky grassy shore

(local crocus by the appearance of a flower), whose roots are like toddler. He didn’t see his tracks + was with us again

the most powerful anti-bear Karay.

As a result, fishing for 5 with a plus, even with two, this happens every three years. Everyone dreams of getting to Tomsk Baikal again.