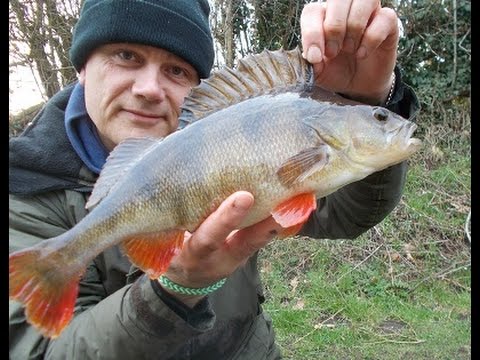 Perch fishing on spinning in the summer + Video

Perch fishing on spinning in the summer is often one of the most successful in the number of fish caught, especially in a good location and favorable weather. It is clear that must be a good bait. Most often, this lure are spinners small size — № 1-2. And the most commonly used are the lure Mepps Aglia and Aglia Long. The latest lure is characterized by elongated petals and under certain conditions can work better than the classic “Mepps”. But often perch and desperately rush at a fairly large “fan”. It happens that on black with gold flecks spinner “blue Fox” No. 4 well take the average and large perch.

Also, under certain conditions, and often the most catchability bait may be a small Twister or vibrohvost, but there is a large percentage of lost lures as greedy perch mercilessly tear off their tails.

All this so-called classic bait has long been known that work well in warm summer weather. But on the border of spring and summer, when the weather is still unstable, there may be protracted periods of cooling, when bass are inactive and poorly takes on spinners and soft lures on jig head. Here you can find a relatively new bait from edible rubber on the gear, which is called the bypass leash.

In contrast to the above lures the bypass leash can be called a win-win tackle, a kind of lifesaver, especially for the beginner, not allowing them to stay without fish, even them. Therefore it is necessary to elaborate on this gear. She can say ingeniously simple: at the end of the braided cord or monofilament line attached durable oblong or spherical sinker. Above him, twenty inches is the loop to which the leash is attached about a metre of fishing line fluorocarbon, which can prevent the leash biting of a pike. And the predator would not mind to seize the bait of the edible rubber on discharge leash. Because the bait used is small, then there is no need to offset the hook. You can put a normal hook with a long forearm № 4-6. For fishing it is best to use a spinning rod with a fast action.

Sometimes is a good application of bait “SHRIMP HOGI”. It is not active, when compared with the twisters because all its elements are just barely fluctuate under currents of water. She’s good a good perch bite. In a weak biting best fit “cancer”, which has already been mentioned. The lure imitating a cancer, there are certain two tails contoured Twister and very well moving when posting, even the weakest. Besides the bait there are other active parts — claws, tentacles, who also move well when posting.

High efficiency fishing on edible rubber with drain leash due to the fact that the bait due to the long leash has a natural fall in the water column. This causes the bite most cautious predator. Unlike jig head, immediately going to the bottom, the lure on a long leash reminds the predator of an insect that fell into the water.

When choosing a place of fishing in cold weather when the fish takes slowly and sporadically, to avoid stingrays in deep holes, strong currents, deep pools and riffles. It is unlikely that the fish will hold in places where too cold water, vystudovala for days of this cold weather. On the contrary, is usually not very productive for fish shallow water may now become the most efficient places, especially if there are strips and patches of aquatic vegetation.

Perch fishing on spinning in the summer can be very exciting and fun.

How to prepare the dough for carp and carp and how to catch
Techniques for catching Chub in winter, the necessary equipment
Where to look and what bait to use for ASP?
Tags: fishing, perch, spinning, summer, video