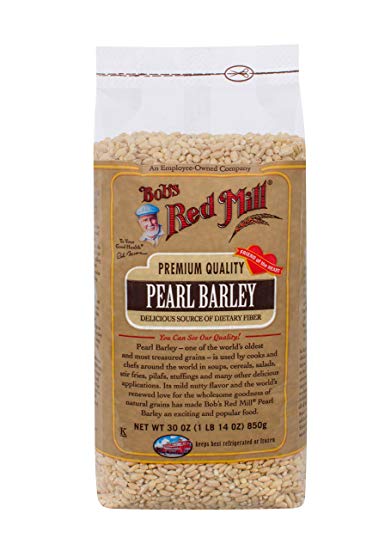 How to cook barley for fishing and how much it can store?

Barley, this same popular head like a worm or maggot, and if the last two attachments you can just buy in the store (of course if you are not interested in farming maggots), then the first will be a little harder because you first have to boil or steam it, and how to cook pearl barley for fishing, you will learn in this article.

Barley is considered an excellent bait for catching carp, roach, carp, bream and other fish species.

So, initially we need very barley for fishing, and keep in mind, if you still have old stocks of this cereal, then pay attention to its color, as the older the barley, the darker the color, so best check its expiry date. Fishermen who constantly argue about barley, some say that it is better just steamed barley in a thermos, and others assert that for a good bite is necessary to cook the barley, not steamed. But we will try to tell you about the two ways.

Steaming in a thermos. With this method, croup is slightly harder, but this does not mean that for fish it is less tasty. By the way, the hard nozzle is perfect for fishing in those places where constantly attacking “trifle”, as a loose grain boiled they are immediately off the hook. To steamed barley in a thermos, you need to pour 2-3 tablespoons of cereal, add a little salt and sugar, and pour the entire mixture with boiling water. Moreover, if desired can add a small amount of any flavor (honey, vanilla, anise, sunflower oil). After that, the flask should be tightly closed and thoroughly shaken. The mixture in the flask is best to leave for the night, to morning fishing, barley was ready. Already before the fishing, you just poured water from the thermos, and proceed to fishing.

If you are going to cook barleyyou need to pre-soak in a bowl for a couple of hours in cold water. After, you need to put the bowl on the fire, add a small amount of sugar and salt (these components should add to the measure), bring to a boil, and then, to make the fire smaller and leave to simmer for twenty minutes. Then drain the water, pour the bit into the desired container, and the container wrap a thick cloth, to grits even steep.

How long can you store barley?

To keep barley as a nozzle, preferably in the refrigerator and preferably within two or three days, after the expiry of this period — it is better to make such a nozzle – bait. Also, during the catching — cover the container with barley, otherwise the nozzle may dry out. The same rules apply to the storage of worms.

How to catch pike in September on spinning
Feeder fishing for bream – feeding, feeders and tooling
Choose a reel for carp fishing/carp
Tags: barley, fishing, store