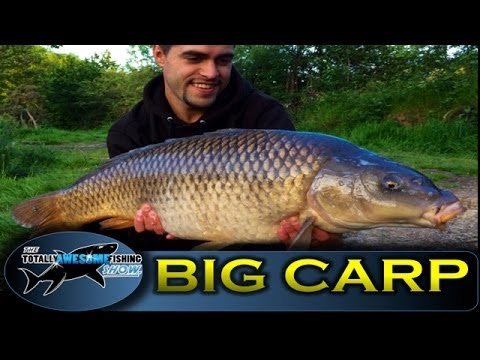 Fishing for carp in the summer (carpfishing) + Video

Fishing for carp in the summer one of the most exciting fishing, as this was a strong fish and therefore requires a strong and at the same time not rough tackles. The real knights of carpfishing to catch carp almost professionally, investing in fishing pretty heavily.

On small ponds, where usually I take a medium-sized carp, it is successfully applied with a float rod and match Bologna snap-in. These rods allow you to carry the load and attachment at relatively large distances, and the strong braided fishing line can withstand the jerks and big fish. Village fishermen generally improvised fishing rod with a blank snap-in and common market. Knowing your pond and especially the local fishing, they manage to catch on it quite a decent fish.

For more advanced anglers designed special carp rods. The most frequently used universal rod class multirange. It is the middle class. These rods can throw the nozzle to a distance of one hundred and fifty meters, which is often not required. Light sticks are considered in the test range from 2.0 to 2.5 lb, which are used for short casts in reservoirs without currents and with a clean bottom. Average with tests from 2.75 to 3.0 lb, applied at short and medium ranges. And the most powerful rod with tests from 3.25 to 3.5 lb are used for casts at a distance of more than a hundred meters and coregister.

In addition to working rods used for catching fish, is and marker rods are designed for reconnaissance of the elevation of the reservoir bottom. And numerous other rods which are divided into scales, classes, subclasses, groups and subgroups exist in the world of carpfishing. All of this can be opened only by experiment for each individual water body, with its own characteristics. Even carp have in different reservoirs characteristic habits inherent in this place.

Reel for carp fishing also used by the powerful, with the bait runner, which allows in the absence of the angler from tackle to weaken the clutch at biting carp. It might save the rod, when a strong carp will try to drag him into the water. Reset the line signals a good bite, whether it’s a special signal, or simply a ratchet reel.

Necessarily need to properly configure the friction brake to avoid breakage of the line. The most commonly used reels rear drag. But coils are high class and the corresponding prices have a front friction brake.

Long and shallow spool contributes to the smooth and proper installation of the line, which is very important on long casts. The gear ratio for carp reels must be according to the formula 4.2 to 4.6 to 1, which corresponds to the force Karpov coils.

Fishing for carp in the summer on the pond most often occurs with the use of boilies. This ball rolled from dough that is prepared and cooked by the fishermen on the basis of quail and chicken eggs. The compositions of boilies vary widely, but most often prepared from corn flour or wheat, which added all sorts of flavors, dips, gelatin, proteins, and fruit syrups. These anglers make secret compositions, which then will be tested on the waters and keep them secret.

Boyle is pierced with hooks similar to hooks for knitting, then prodelyvat through the leash and Boyle secured on a fishing hook. Typically, casts are made gruselle corresponding to the test rod and the estimated casting distance and also the river, if fishing occurs on the river.
For bait at long range using special bait tube, which is also called “Cobra”. Such devices can be far from sure to throw the bait.

For fishing the feeder using the most powerful rods and reels. As a nozzle can also be used boilies, corn, boiled potatoes, soaking worms, maggots.

Catching big carp is one of the most exciting fishing.

Choose a reel for carp fishing/carp
The technique of catching carp on the spring with the foam
Recipe stuffed pike
Tags: carpfishing, fishing, summer, video